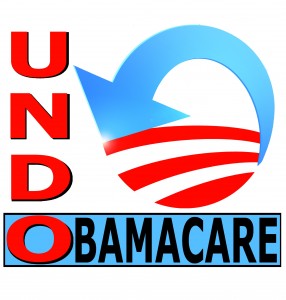 The latest hitch gives employers an additional year before they must offer medical coverage to their workers or pay a fine.

What does the delay mean for workers? And struggling businesses? And is it a significant setback for a law already beset by court challenges, repeal votes and a rush of deadlines for making health insurance available to nearly all Americans next year?

A few questions and answers:

Obama administration officials say they listened to businesses that complained they needed to figure out how to comply with complicated new rules written since the plan became law. And the delay buys time for the government, as well, to improve and simplify the rules.

The law passed in 2010 required employers with more than 50 employees working 30 or more hours a week to offer them suitable health coverage or pay a fine. What’s changed is the deadline for that requirement, which was to begin in January. The new deadline is Jan. 1, 2015.

WHO ELSE BENEFITS FROM DELAY?

—Democratic candidates. The employer mandate was set to take effect at the start of a congressional election year, intensifying the focus on one of the Republicans’ favorite campaign issues. Postponing the requirement should mean fewer ads featuring business owners saying they’re drowning under health care mandates.

—Maybe Republicans, too. They get new ammunition for their argument that the law is an unworkable “train wreck.” Voters’ complaints and worries about the health law helped the GOP win control of the House in 2010.

—Some low-income workers. When the employer mandate does take effect, some smallish companies have threatened to lay off workers or cut back their hours to stay under the 50-employee threshold. There’s debate about how many workers might be harmed by this.

—Some job hunters. Once the mandate kicks in, job-seekers may find fewer openings for unskilled workers. That’s because some restaurants and other small companies say the mandate will force them to cut back on staff or freeze hiring. The economy is likely to continue improving, which will help offset the impact by increasing demand for workers.

—Uninsured people who already are confused about the law. The law doesn’t change the January 2014 deadline for individuals to get insurance or the tax credits in the law to help them pay for it. But many people don’t understand how the law works or when it takes effect, and the delay for the employer mandate may further muddle the issue for many.

—Some workers. Those whose employers might add insurance coverage to avoid the law’s penalties will have to wait a year. But this group is expected to be small. The penalties are designed more to discourage businesses from dropping their existing health plans than to encourage them to start new ones. And these employees can buy their own insurance through the new health care exchanges being set up under the law.

Most people won’t be affected.

The vast majority of Americans already have insurance — even those working at companies that hover around the 50-employee level.

A Kaiser Family Foundation study found that 87 percent of companies that employed from 25 to 49 workers last year offered health coverage, and the percentage goes up for bigger businesses.

You should NOT be affected by the delay if you already are insured through:

—A job at a large company that already offers insurance.

—A job at a small company employing fewer than 50 workers, because such companies are exempt from the rules.

—Medicaid or Medicare, not affected by the delay.

IS THIS A DOWNWARD SPIRAL?

The delay adds to an appearance of disarray surrounding the law.

It comes after other glitches and angry opposition: Lawsuits reaching all the way to the Supreme Court. Protests by religious employers who say covering contraception is against their beliefs. Repeated votes by House Republicans to repeal “Obamacare.”

But the postponement doesn’t affect the heart of the law — the requirement that individuals get insurance, and the subsidies to help them pay for it. The Obama administration insists the rest of the law will keep rolling along.

IS THE REST OF THE LAW ON TRACK?

A majority of the neediest people may remain uninsured. Medicaid changes in the health care law designed to help some 15 million low-income people are being rejected by many states with Republican leaders. That amounts to about half the people who were supposed to be helped by the law.

Last summer, the Supreme Court said states have the right to opt out of the law’s Medicaid expansion.

Eighteen states aren’t expanding their programs, including populous Texas and Florida. In nine other states, the outcome remains unclear.

Under the law, Medicaid is the only coverage option for people below the poverty line — $11,490 for an individual or $23,550 for a family of four. People this poor cannot get subsidized private coverage in the new health insurance markets.

The poor will be exempt from penalties for being uninsured, but they also won’t get help with their health care.

Medicaid already covers more than 60 million people, including many elderly nursing home residents, severely disabled people of any age and many low-income children and their mothers.