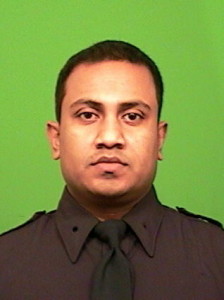 “This morning, I visited with Police Officer Jamil Sarwar at Jamaica Hospital. He was shot last night while keeping the rest of us safe so we could enjoy Independence Day. Police Commissioner Kelly and I are very grateful that Jamil’s injuries are non-life threatening. He is stable and doing well.

“Officer Sarwar is part of the incredibly successful Operation Impact program that has helped drive crime down in our city. He was in the 75th Precinct on routine foot patrol in the Cypress Hills public housing development in East New York when he was shot in the leg. The police investigation into the suspect responsible for the shooting is still ongoing.

“Anytime one of our police officers is shot, it is a painful reminder that our success in fighting crime is fragile. Last year, 12 members of the police department were shot, and this is the sixth officer shot this year. We are fortunate that we have not had a fatal shooting since Detective Peter Figoski was killed in December 2011 in the same East New York neighborhood.

“That includes stopping guns from coming here from other states, and making it difficult for criminals to carry an illegal gun here in the city. It’s on days like this that I am thankful that this Police Department has used smart, pro-active tactics to take thousands of guns off our streets and pushed the number of teens carrying handguns down to an all-time low – the lowest rate in any big city in the country. They have saved thousands of lives while doing so.

“Last year, there was a record low number of shootings and murders in our city, and we are on pace to break both of those records this year. There is no doubt that these results are because of the tremendous job done by police officers like Officer Sarwar.