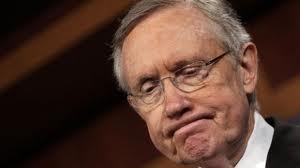 Senate Democratic Leader Harry Reid is driving his chamber toward rule changes that would help President Barack Obama win confirmation for some of his nominees for posts overseeing workers’ and consumers’ rights. But the changes might strip future senators of their prized ability to delay action.

Reid, D-Nev., planned to continue his push to let nominees win approval with a simple majority of senators’ backing instead of the 60-vote threshold that has stalled many nominations. All 100 senators have been invited to a closed-to-the-public meeting Monday evening to seek a compromise on how to approach those nominated to serve in senior positions in Obama’s administration.

“We’re not touching judges,” Reid said Sunday. “This is not judges. This is not legislation. This is allowing the people of America to have a president who can have his team … in place.”

Reid was expected to address the issue during a morning speech at an advocacy organization linked to the Center for American Progress, a liberal think tank with close ties to the White House.

Critics of Reid’s proposal, including the Senate Republican Leader Mitch McConnell, called Reid’s move one that would “change the core of the Senate.”

Reid and McConnell, along with their rank-and-file members, have traded barbs over just what the proposed changes would mean, both for Obama’s current slate of nominees awaiting confirmation and for future senators who can delay or derail agendas.

Democrats, who are the majority in the Senate, are pushing to erode the rights of minority Republicans to block confirmation of Obama’s picks for posts on a labor rights board and a consumer protection bureau. Republicans previously stalled confirmation votes for Obama’s pick for labor secretary and chiefs of the Environmental Protection Agency and the Export-Import Bank, but last week, GOP lawmakers stepped aside and said they would allow those nominations to move forward.

“Is there anyone out there in the world — the real world — that believes that what’s going on in the Congress of the United States is good?” Reid said. “Our approval rating is lower than North Korea’s.”

But Democrats control the Senate, and Republicans could be at their mercy.

“We need to start talking to each other instead of at each other,” McConnell said.

It’s not clear a conversation would produce any agreement. Reid calls the changes minor and narrow. McConnell calls them unprecedented and overbroad.

Reid said the proposal applies only to those tapped to serve in the administration, not for lifetime posts as judges. McConnell said it would fundamentally deny senators their prerogative to query potential officials.

Reid said the nominees would protect consumers, workers and the environment. McConnell and his GOP allies argue the picks are payback to Obama’s political base.

Countered Reid: “They have nothing against the qualifications. They don’t like the jobs these people have.”

In particular, Republicans have objected to a pair of union-backed members of the National Labor Relations Board, Richard Griffin and Sharon Block. They were appointed by Obama when he said the Senate was in recess. An appeals court has ruled that Obama exceeded his authority, and the board’s actions since they took their seats are in legal limbo.

Republicans also have objected to Obama’s pick to lead the Consumer Financial Protection Bureau, which was created as part of Wall Street overhaul legislation that was opposed by the GOP. Obama nominated his pick, former Ohio Attorney General Richard Cordray, more than two years ago.

“I think a president should have the right to put their team out there,” said Sen. Amy Klobuchar, D-Minn.

Reid and McConnell spoke during separate interviews with NBC’s “Meet the Press.” Hatch and Klobuchar were on ABC’s “This Week.”