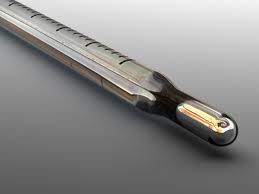 While for many it is a given in today’s digital world, in Israel there are many mercury thermometers still in use in hospitals and medical clinics. This is coming to an end as the Ministry of Health this week released a directive banning the use of the item which contains mercury. The directive also addresses sphygmomanometers (device to measure blood pressure) containing mercury.

The directive is prompted by a World Health Organization decision this year to minimize the presence of the poisonous substance, mercury. The ban will be implemented in stages, with stage one prohibiting hospitals from acquiring the items mentioned. By the end of 2014, pharmacies and kupot cholim HMOs will not be permitted to sale them on a retail level. Beginning in January 2015, they will be banned from import.

As far as use in hospitals and medical clinics, they will be phased out in the coming year and replaced with models not containing mercury.