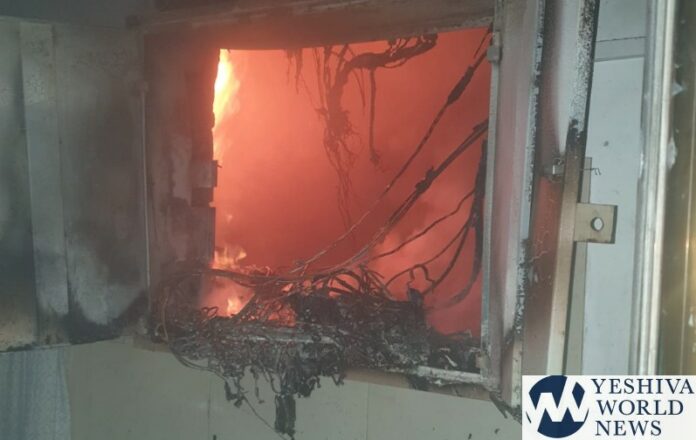 The famous Agudas Yisroel Shul in the Aguda neighborhood of Bnei Brak caught fire early Shabbos morning and suffered incredible damage including the burning of many sifrei kodesh.

According to reports, many of the seforim and furniture in the Shul was new as the shul was undergoing reconstruction.

According to a report in BChadrei Charedim the cause of the fire was determined as an electrical power shortage that occurred just after 4:00 a.m. Shabbos morning.

No one was hurt, and  Baruch Hashem the Sifrei Torah were undamaged.

They were taken by the Gabboim to the house of the Rav of the Kehila for safekeeping.