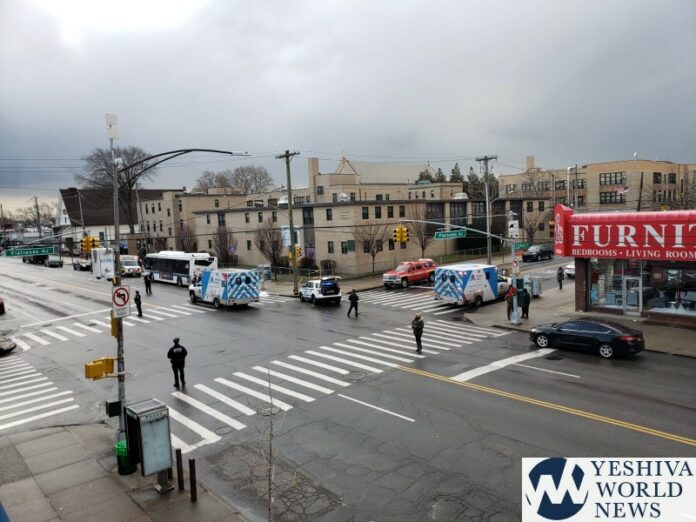 An NYPD investigation is underway after a person was fatally struck by an MTA bus in Flatbush.

It happened just after 9:00AM at Flatbush Avenue near Flatlands Avenue.

An NYPD source tells YWN that the victim was unfortunately pronounced dead at the scene.

There was no word if Chevra Kaddisha services were needed in this tragic incident.

Expect heavy delays in the area, as the NYPD Accident Investigation Team operates on the scene.