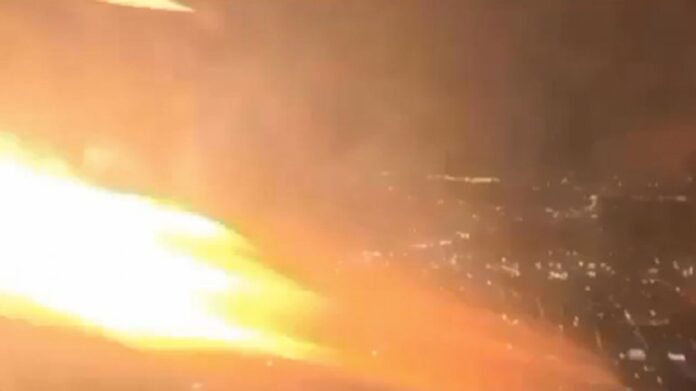 Video showed flames soon after Flight 1871 had taken off.

A passenger told WABC-TV it appeared fire was coming from an engine.

“I didn’t know what was happening,” passenger Gabrielle Guzy said. “My sister said she thought it was lights but I knew it was fire from the engine. I kept reassuring myself we’d be OK because we had only been in the air for a minute.”

The airline was working to get the passengers to Los Angeles.