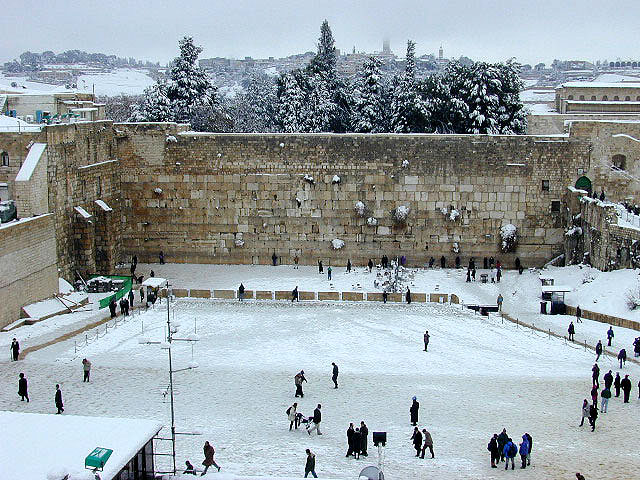 As seems to have become the pattern in recent weeks, there was heavy rain and cold temperatures in Israel on Friday and Shabbos after a week of milder weather. However, this week the stormy weather is set to continue and intensify throughout the week.

The rainfall continued on Sunday and several roads in Israel were blocked due to flooding, including Halechi Street in Bnei Brak. The rain is expected to continue on Monday and there’s a chance of snow in the Golan Heights on Tuesday and on Israel’s high mountains. On Tuesday, temperatures will drop to below seasonal averages.

Towards the end of the week, snow is predicted to fall in Jerusalem and on all mountains higher than 600 meters.

The Water Authority reported on Sunday that the Kinneret rose 6.5 cm from Thursday, which means that another 1.915 meters are needed for it to reach the red line indicating full capacity.