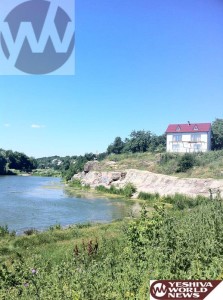 After the incident in which a large crucifix was placed near the Uman Tashlich site, it has been decided to move this year’s Tashlich to another location.

While Tashlich has been held at that location for some 20 years, the actions of local anti-Semites have compelled officials to change to a different Tashlich venue. The location of this new site will be announced on erev Rosh Hashanah following the internationally televised Tikun Klalli Event by World Breslov Center officials.

The officials who oversee operations at the tziyun of Rav Nachman ZT”L ZY”A turned to various local officials and agencies seeking another venue, realizing that if one were to move or do something with the large crucifix, it could escalate the situation. Shimon Buskila of the international Breslov organization has met with local Israeli diplomatic and security officials to discuss the matter with them, as well as meeting with other local religious and lay leaders as he remains aware of the sensitivity of the situation.