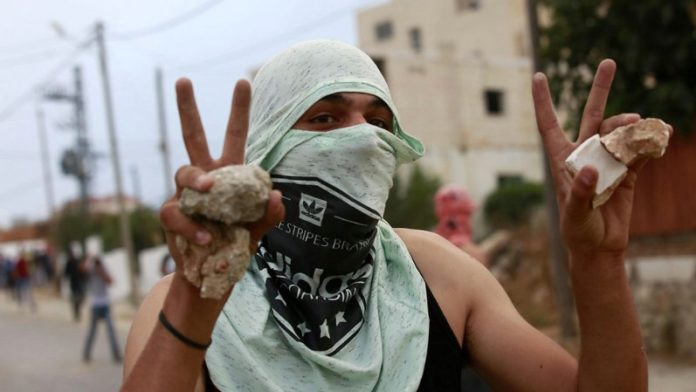 On Thursday, Border Police were actively working to restore the peace in the Jerusalem periphery in the Arab neighborhoods of Bir Nabalah and Al Jib, when Arab protesters threw rocks at border police officers.

Utilizing the assistance of lookouts, border police officers were able to nab 8 protesters who were actively engaged in causing physical harm to security forces. The suspects, two teenagers, and six adults were arrested and brought in for questioning.

During separate protests that transpired at the Ayosh Interchange at the entrance to Ramallah, a border police officer was injured when a large stone was thrown at him. The officer was evacuated to Share Zedek Hospital after being lightly injured in the incident.

Border police were active in the area attempting to disperse hundreds of violent protesters from the area. Security forces were successful in dispersing most of the protesters, however, a few dozen have stayed behind and were still protesting when nightfall came.