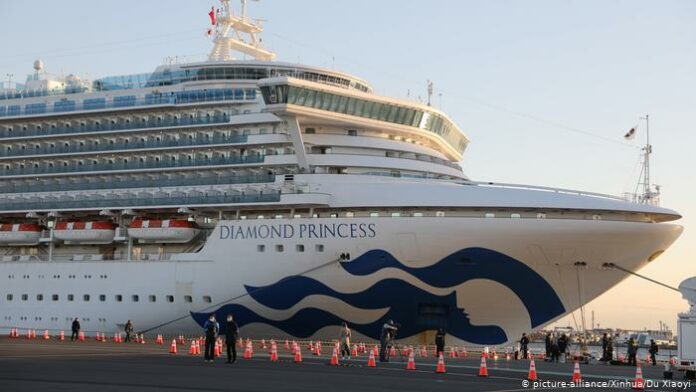 Israel’s Foreign Minister Yisrael Katz held discussions on Thursday morning with Israeli and Japanese officials regarding the coronavirus situation in general as well as the situation of the 15 Israeli passengers quarantined on the Japanese cruise ship Diamond Princess on which passengers were diagnosed with the coronavirus.

Israel issued an official request to Japan on Wednesday to allow the Israeli passengers off the ship and consider “other quarantine possibilities” but Japan refused the request. Katz told Army Radio on Thursday that Japan’s refusal is understandable since Israel shares Japan’s desire not to spread the virus.

The Israelis on the ship, who are very anxious about how they will return to Israel since no countries are interested in allowing potential coronavirus carriers to enter their territory, may be able to take a direct flight from Israel to Japan on a special plane funded by their insurance companies, Israeli media reports said on Thursday.

[FEAR SETTING IN: Israelis Quarantined On Japanese Ship: “We’re Scared, We Don’t Know How The Virus Is Transmitted”]

Health Minister Yaakov Litzman, who was present at the meeting, announced that he is sending Deputy Director of the Health Ministry Itamar Grotto to Japan to help the Israelis on the ship and ensure their return to Israel in a way that is safe for them and safe for Israelis at home.

“We are acting according to the WHO’s instructions in taking care of them as well as preventing the spread of the virus after their arrival,” Litzman said.

Japan’s health minister stated on Thursday morning that another 44 people have been infected with the coronavirus on the Diamond Princess.

The minister also said that passengers over 80 who have tested negative for the coronavirus and have pre-existing conditions or rooms without windows will be allowed to disembark the ship beginning Friday and complete their quarantine on land. The quarantine period of 14 days ends on Wednesday on February 19.

There is a total of 218 people on the ship who have been diagnosed with the coronavirus as of Thursday.