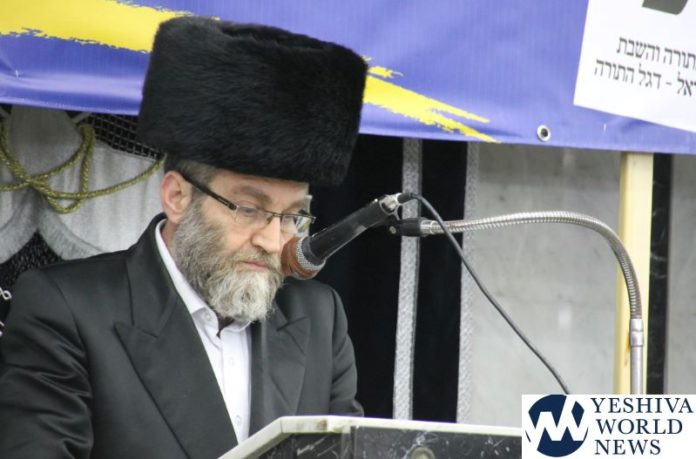 Degal HaTorah chairman Moshe Gafni told a Kikar HaShabbos reporter on Thursday that “Chinuch Atzmai received a heter from Gedolei Yisrael to establish schools with secular studies within the Chareidi sector if there’s a demand for it.”

The Kikar HaShabbos reporter was questioning Gafni about a meeting of “working Chareidim” with Degel HaTorah at which criticism was directed at the party for not meeting the needs of Chareidi parents who are interested in sending their children to schools which combine Torah and secular studies. The reporter heard that Gafni wasn’t responsive to the criticism.

“Are you going to give up on hundreds or thousands of people who would vote for Degel HaTorah?” the reporter asked.

Gafni insisted that he was responsive to their needs but he told them that he needs to ask the Gedolei HaTorah.

“The heads of Chinuch Atzmai sat with me last week,” Gafni said. “They told me that they will establish a school with more secular studies in every place that organizes a group who is interested in it.”