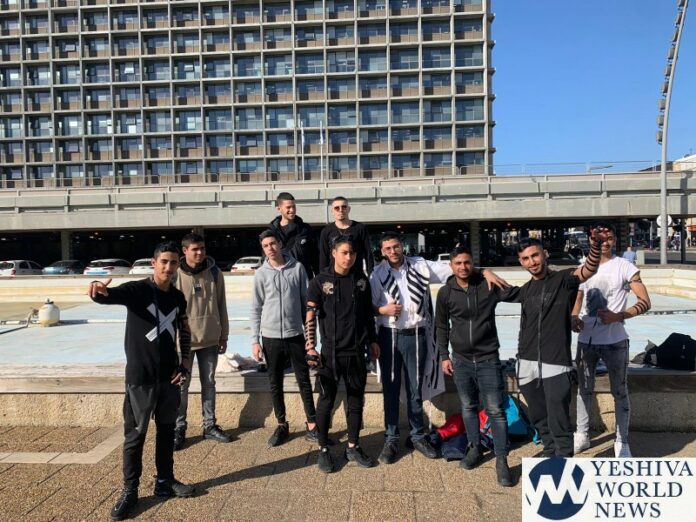 A new religious versus secular debate arose in Israel this week when media outlets reported on Tuesday that the Tel Aviv municipality has banned stands, including tefillin stands, within 100 meters of publicly owned buildings which service minors, such as schools.

The news was condemned by religious political parties, religious groups and even secular personalities. A secular television host fiercely attacked the municipality’s decision, saying: “I heard the deputy mayor of Tel Aviv saying that they’re banning stands outside schools. What type of stands!? Tefillin stands of the wonderful Chabad who work with such ahavas Yisrael. What will happen to the children? They’ll kidnap them and force them to do teshuva??”

“Shame on the Tel Aviv municipality for regarding tefillin as something that children need to be protected from,” the national religious Yamina party stated, adding that the city of Tel Aviv is disassociating itself more and more from the Israeli mainstream public by attacking anything related to Jewish identity.

A group of religious and secular teenagers from south Tel Aviv participated in a protest outside the Tel Aviv municipality in response to the decision.

Most of the boys are not religious but feel close to Jewish tradition and were disturbed by the anti-religious bend of the tefillin stand ban. They turned to Binyamin Asher, a kiruv activist in south Tel Aviv, who suggested holding a protest outside the municipality.

“When the boys turned to me I decided that I can’t let the matter pass,” Asher told B’Chadrei Chareidim. “I saw the fervor of the boys who felt obligated to be mekadeish shem Shamayim in response to the ban.”

S.A., one of the teenagers who participated in the protest said to B’Chadrei: “Although I’m a resident of Tel Aviv I’m a Jew before anything else and I believe in and love Hashem. No one is going to prevent me from fulfilling mitzvohs.”