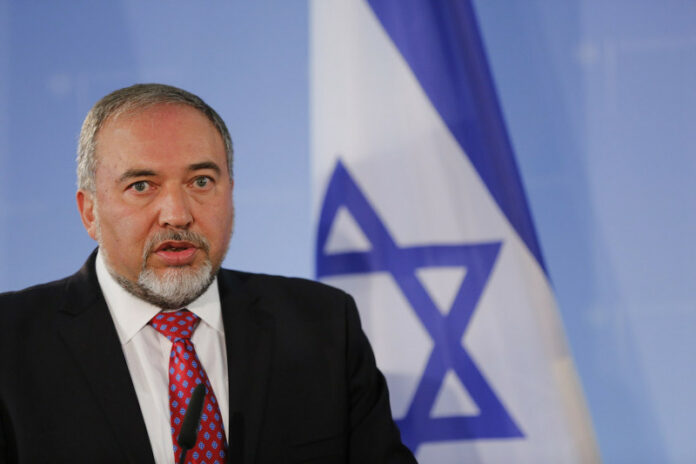 A website called “סכנה מביתנו” (“Danger from [Yisrael] Beiteinu]” is beginning to scare Yisrael Beiteinu chairman Avigdor Liberman. The website, run by former Russian refusenik Natalia Rotenberg, opens the Hebrew-speaking public’s eyes to the depths that Liberman is willing to descend to garner votes and reveals how radically different Yisrael Beiteinu’s election campaign in Russian is than its Hebrew one. It reveals the depth of his incitement – actually criminal in nature – against the Chareidi population and aimed at the lowest elements of society.

Rotenberg’s website translates Yisrael Beiteinu’s appalling propaganda against Chareidim from Russian to Hebrew. A sampling of some translated statements are: [censored for inappropriate language]: “Put all the Chareidim into ghettoes, shoot them one by one.”  “Throw fuel on them and burn them.” “Burn Bnei Brak and sell the ashes to Europe. “Destroy them by sword and cross.”

Liberman, realizing that the revelation of the darker elements of his party can lead to unwanted consequences for him, has initiated a war against Rotenberg in an attempt to have her site shut down. He went so far as to file a deceitful police complaint against Rotenberg, claiming that  her site “serves as a basis for spreading anonymous false propaganda against Yisrael Beiteinu through the use of bots among other things.”

Rotenberg, who made aliyah to Israel many years ago after much suffering in Soviet Russia as a refusenik, said: “We began to act because we felt that Liberman was harming our life’s work. We came here, to a Jewish country that was supposed to be a paradise without anti-Semitism. We were horrified when we saw what he’s doing on the Russian street and who he’s leading – ignorant people who don’t know Hebrew and write nonsense about Judaism.”

Rotenberg said that she receives threats all the time. She knows who is threatening her and even filed a police complaint. “The Russian media outlets also incite against Chareidim,” she added.

Rotenberg told Kikar Shabbos that she has no intention of shutting down her site despite the threats against her: “No way. This is Bolshevik behavior that takes me back to the USSR from where I fled…Liberman is trying to turn the state of Israel into a Bolshevik dictatorship.”

Max Brodsky, another one of the site’s operators, also received disturbing threats that “they would treat him like the Nazis treated their victims.”

Attorney Yitzchak Baum, who represents Rotenberg, stated: “Freedom of expression allows for criticism of Liberman. The claim that Rotenberg operates a website through bots is a product of his imagination.”

Yisrael Beiteinu responded: “After an in-depth examination, we identified the fact that most of the site’s operators are apparently Likud supporters and activists. The person who sent the response letter in the name of Rotenberg is a lawyer, a member of Likud. The findings were passed on to the police.”