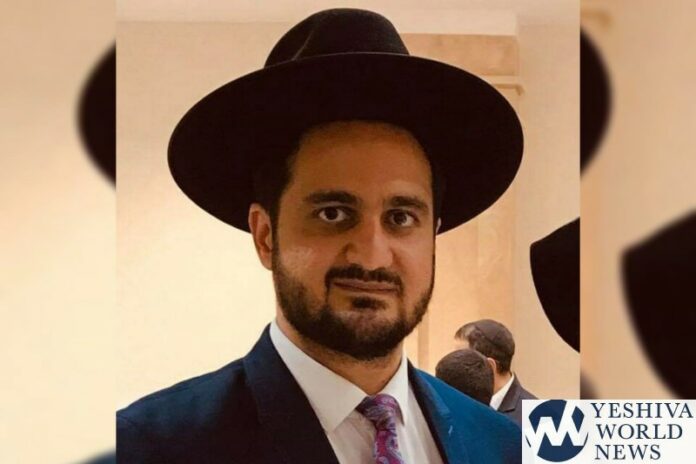 A recent report said that two elderly Jews died of the coronavirus in Tehran last week and that other members of the community were ill with the virus.

On Purim night, the Chief Rabbi of Tehran, Rav Yehuda Grami, and a group of Jews traveled to the kever of Mordechai and Esther in the city of Hamedān and read the Megillas Esther at the site. However by the end of Purim, after consulting with health officials and at the decision of the central Beis Din in Tehran, Rav Grami announced a prohibition on weddings and communal ceremonies.

“We prohibited weddings and communal ceremonies, as is explained in the Shulchan Orech at a time of a mageifah,” Rav Grami told the Yated. “We also limited the minyanim and I recommended to the community that they daven b’yechidus at home. All the Torah shiurim are broadcast live.”

The Chief Rabbi of Rome and Vice President of the Conference of European Rabbis, Rabbi Riccardo Shmuel Di Segni, told Yated: “On Purim night we still were able to gather in the main shul for kriyas megillah and by the end the president announced a lockdown. By morning everyone had to read the megillah on their own at home.”

“Kriyas Megillah was the last gathering of tefillah with a minyan for the time being. Now our problems are so extensive that dealing with the lack of minyanim seems relatively minor compared with the questions we’re grappling with now. I’m not aware of any weddings that were planned for the next few days but a few Bar Mitzvahs were cancelled. We also have been dealing with performing brissim under the lockdown. We held brissim at private homes and the mohel was moiser nefesh to come to the homes – in one incidence we almost couldn’t gather a minyan.”

“We also can’t hold levayos properly. The levaya is held by a few members of the Chevra Kadisha and the heads of the community accompanied by a minimal amount of family members. There is no levaya in the street and we definitely don’t have time for hespedim.”

“We’re very worried how we’ll be able to have enough meat for Pesach. Our shochtim come from Israel and now they have no way of getting here. Also, the slaughterhouses were closed due to the lockdown. We’re trying to think of solutions how we can supply meat to the whole community for Pesach and the same thing for matzos – we’ll be able to supply the bare minimum from local production.”

“The Jewish community in Rome, which numbers 15,000 Jews, is in the most difficult situation in the past century besides World War II due to the coronavirus crisis. There is a total lack of certainty here. We’re trying to stabilize the situation but there’s immense pressure here to the point of total collapse and there is an extremely difficult emotional atmosphere. We know that there’s light at the end of the tunnel but we don’t know how long the tunnel is.”

Rabbi Di Segni is also a doctor, specifically a radiologist, and was the Director of Radiology at San Giovanni Hospital in Rome in the past. “I’m very worried about the situation. Despite the fact that only a small minority is harmed by the virus, the rate of mass infection is extremely dangerous. We need a lot of tefillos. Medicine doesn’t have much to offer at this stage and we have no one to depend on except Avinu She’baShamayim.”

“According to information we received, a limited amount of Jews were infected with the virus, mainly in the communities in the north, but b’chasdei Shamayim we didn’t hear reports of Jewish niftarim. However, businessmen in the community as well as businessmen in the country in general are going through difficult times – economic collapse. The situation is not simple and it’s difficult to think about the double recovery – from the virus and from the economic collapse.”