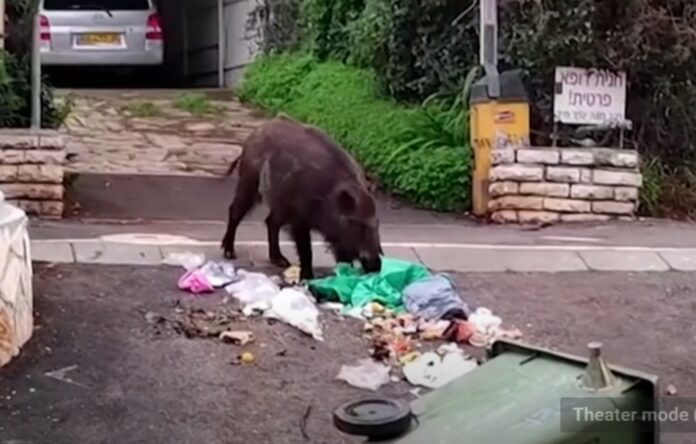 As YWN has reported in the past, the city of Haifa suffers from a problem with wild boars.

Located on the foot of the Carmel mountains, Haifa residents have seen wild boars, which have no natural predators, wandering around Haifa at night for years. However, the problem was kept at bay by hunters who culled the boars.

But when Mayor Einat Kalisch-Rotem (Labor) was elected in 2018, she put a stop to culling the boars and the boars started proliferating in the city and brazenly wandering the streets of the city during the daytime as well.

The problem has recently become increasingly worse due to the deserted streets in wake of the restrictions due to the coronavirus pandemic like other cities around the world.

Haifa residents are worried that even when the worst of the coronavirus pandemic is behind them, the problem of the boars will persist in the city.