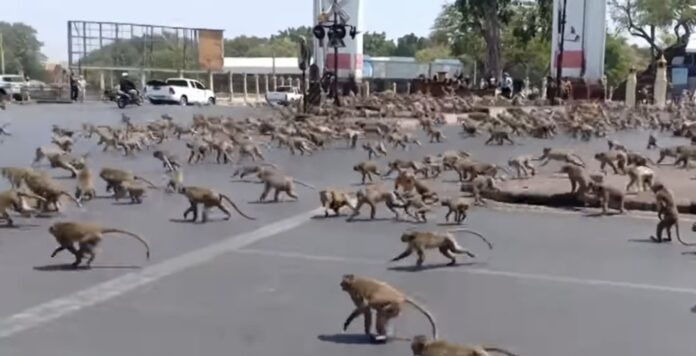 A Haaretz report on Thursday said that wild boars in Haifa, which has been an increasingly growing problem in the city, have become even more brazen as residents stay inside due to Health Ministry regulations. Whole families of wild boars with their cubs are wandering around the city in broad daylight.

It’s not just Haifa that’s having an increasingly growing problem with wild animals since the coronavirus crisis has begun. Around the world, wild animals are roving around suddenly desolate cities and streets that have been inhabited by humans only for generations.

Bears and groups of wild turkeys have been spotted on the streets of California.

Wild monkeys in Thailand that are usually fed by the country’s customarily large amount of tourists are now starving and wandering the streets searching for food.

Hundreds of Hungry monkeys fight for a banana in Thailand after #CoronavirusOutbreak scare causes a drop in tourists who fed them pic.twitter.com/7HmfOJelfv

In Nara, Japan, deer are also used to tourists feeding them and they are now roaming the empty streets and desolate metro stations seeking sustenance.

Deer in Nara, Japan are used to tourists feeding them.

And the deer are racing through the streets looking for food. pic.twitter.com/i05k85cZxU