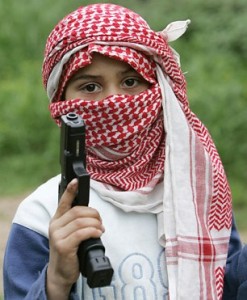 Fatah’s al-Aqsa Brigade terrorist faction has released a message that it has declared this coming Friday, 9 Tishrei 5774, erev Yom Kippur, “Day of Rioting”, calling on “all Palestinians to take part to defend Palestinian lands”.

The call to violence coincides with ongoing negotiations between Israel and PA Chairman Mahmoud Abbas (Abu Mazen), who heads the Fatah faction.

Israel Police has announced the closure of Har Habayis on Shabbos, Yom Kippur, seeking to prevent a repeat of Rosh Hashanah during which Muslims threw rocks at mispallalim below at the Kosel.