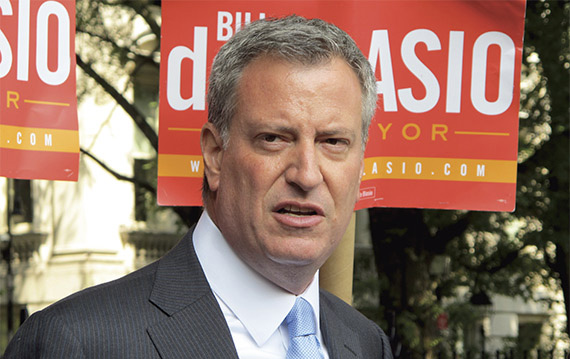 In Borough Park, Bill Thompson, who was considered to be the favorite among orthodox Jews, won only 5 precincts, ultimately losing in all the remaining precincts 2-1 to Bill de Blasio. On the other hand, Bill Thompson carried almost every precinct in the Jewish neighborhoods in Williamsburg.

Wonder if the key to this primary are the Hasidic blocs. Look at the numbers for de Blasio in Crown Heights, Kensington, Boro Park. — Ryan Goldberg (@goldbergryan) September 11, 2013

Could Bill Thompson have tried any harder to win Boro Park? I guess he got a voting district or two out of it.

We will have more updates on the Jewish vote once we crunch all the numbers and conduct a general analysis.

What remains to be seen is, how Mr. de Blasio would fare in the general against the Republican Joe Lhota, who himself is Jewish, in the neighborhoods that are considered to be one of the largest Republican strongholds in general elections.