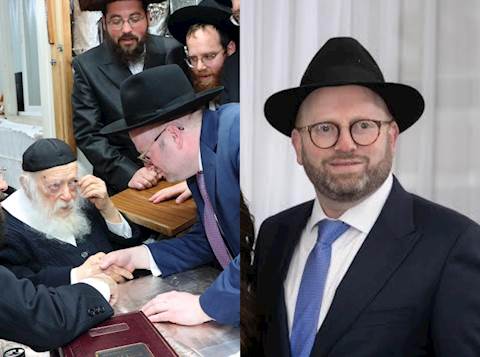 R’ Yaakov Moshe and Blimie Shchreiber of Lakewood, New Jersey, celebrated the birth of a daughter on Sunday, their second child after an agonizing wait of 11 years, B’Chadrei Chareidim reported.

A year ago, R’ Yaakov Moshe visited the home of HaGaon HaRav Chaim Kanievsky to request a bracha for a child. He reminded Harav Chaim that the year before Rav Chaim had instructed him to begin using wine for Havdalah on Motzei Shabbos to be zohech to a child. Although R’ Yaakov Moshe had followed the instructions he still wasn’t zocheh to a yeshuah.

A year later, the Schreibers are basking in the joy of their new baby, with the elated father sporting a close-shaven beard and a renewed faith in the power of צדיק גוזר והק”בה מקיים.

The happy father told B’Chadrei: “We have one daughter who is now 11.5 and since then we haven’t been able to have more children. After I received a bracha from Harav Chaim and I grew a beard and payos – Baruch Hashem, we finally had another daughter yesterday.”

“It’s a mitzvah to publicize the story,” the father added.