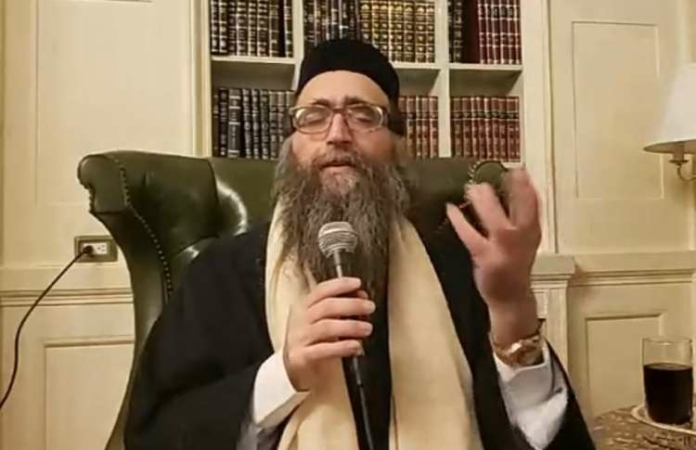 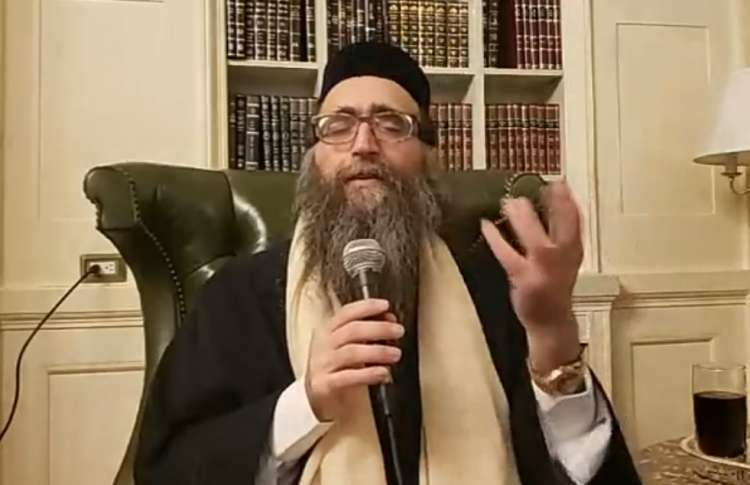 During his daily lecture, which is broadcast live to tens of thousands of viewers, Chief Rabbi of Morocco Rabbi Yoshiyahu Pinto shlit”a calls to his Jewish brothers around the world to strengthen and support Moroccan Jewry * Rabbi Pinto announces the purchase of a giant edifice in central Marrakech that will serve as a yeshivah for young men around the world * The complex, to be named Shuva Yisrael Yeshivah Campus, shall feature an expansive beit medrash and community center that will function as a spiritual lighthouse for local Jews * Perpetuating the sacred legacy of the Torah luminaries of Maghreb

Hundreds of thousands of viewers have been following Grand Rabbi Yoshiyahu Pinto’s daily lessons and question-and-answer sessions which are broadcast live around the world and attract questions on myriad topics. During these trying times, when people worldwide are struggling with numerous crises related to the coronavirus pandemic, he has received over a thousand questions which he resolves both on an intellectual and practical level, and his responses are then aired and eagerly viewed by thousands.

Last motzaei Shabbat, Rabbi Pinto poignantly described the forlorn spiritual state of Moroccan Jewry and the vast influence that the yeshivah’s students are bringing to the local community. With pride and joy, he announced the plan to open a large yeshivah gedolah for post high-school students in Marrakech, which will be the second yeshivah to open in Morocco after the Shuva Yisrael Yeshivah opened last year in Casablanca.

Shuva Yisrael Yeshiva in Casablanca has attracted students from Israel and the United States and follows the distinct Shuva Yisrael method of study. One group of students was trained as shochtim in order to avail mehadrin kosher meat to the Moroccan Jewish community. In the beginning of last month, despite the national lockdown, Rabbi Pinto and his students received special authorization to launch a shechitah operation to ensure that local Jews would have meat and poultry in time for Pesach . Rabbi Pinto himself accepted personal responsibility to provide all disadvantaged Jewish residents of Morocco with kosher meat for the festival.

Rabbi Pinto has just announced the imminent opening of a grand yeshivah and spiritual center in Marrakech, and he is currently in the process of purchasing a beautiful, spacious edifice in the city’s center to house the yeshivah and its affiliates. Plans and specifications include renovating the building to encompass a beit medrash with 200 seats, private residences for the avreichim , and dormitory facilities for approximately 150 bachurim from countries around the world who will study in the yeshivah. He added that registration has now begun, and that he is hopeful that the country’s gates will reopen soon, allowing students to enter the yeshivah and restore the melodious voice of Torah to the city of Marrakech which was formerly a Jewish metropolis and glorious Torah center.

In the past months, following Rabbi Pinto’s mission to reinstate Torah and Judaism in Morocco, efforts were launched to locate a compound in Marrakech that would be well-suited to the new Jewish community currently being established by Shuva Yisrael. At the center of the complex, of course, would be the Shuva Yisrael Yeshivah Gedolah and residences for families who will be contributing to the burgeoning Torah presence in the city.

Gedolei Torah and eminent poskim around the world have expressed their delight upon learning of Rabbi Pinto’s vision which is slowly but surely coming to fruition. Several have even committed to visit the yeshivah on occasion to deliver shiurim to the bachurim who will be learning there.

The opportunity to dwell in the Shuva Yisrael Campus, which will house rabbis, Torah scholars and yeshivah bachurim exclusively, will be a spiritual catapult to greatness for the yeshivah’s students. Facilitating the personal development of students who will invest their talents and strengths into increasing Torah and mitzvah observance in the community, it will allow them to isolate themselves from material distractions and immerse themselves fully in a world of Torah and spiritual growth. One of the paramount goals of Shuva Yisrael Yeshiva Gedolah is to cultivate spiritual leaders, teachers and mentors for Moroccan Jewry and Jewish communities around the world.

The building that is currently in the process of being purchased is located in the midst of a giant campus that will provide for all the material and spiritual needs of the students. In the past weeks, the institutions have begun purchasing hundreds of sefarim to fill the shelves of an impressive Torah library that will enhance the yeshivah’s beit medrash and benefit the entire Moroccan Jewish community.

In his recent lecture, Rabbi Pinto emphasized that the development of this yeshivah is one of his foremost priorities now. He is hopeful that international air travel will resume before long and that countries around the world will reopen their gates. With the recommencement of civilian air travel, he expresses his hope that the special flights to Morocco that the yeshivah will be arranging for students will be among the very first flights to set out.

Rabbi Pinto explained that he plans to spend many hours a day in the yeshivah, guiding his students and bequeathing them the sacred traditions and legacy of the Shuva Yisrael community, which has already inspired and imbued legions of students with the values of Torah and fear of heaven.

As noted, registration for the new yeshivah is now open. Shuva Yisrael invites bachurim and avreichim from around the world who are interested in taking part in this sacred initiative and becoming part of a yeshivah that shall restore the crown of Torah to Moroccan Jewry to register and join.