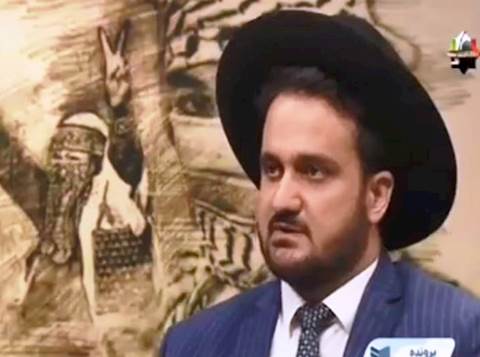 Rav Yehudah Grami, the Chief Rabbi of Teheran, attacked Prime Minister Binyamin Netanyahu and “the Zionists” on state television in Hebrew to millions of Iranians on Friday.

The speech was delivered for the anti-Israel Quds (Jerusalem) Day, marked every year on the last Friday of Ramadan.

“We, the Jews of Iran, want to send this message to Zionists, first and foremost to Netanyahu,” Rav Garmi began his speech in Hebrew on Channel 3, Iran’s state TV channel.

“We strongly condemn your aggression and emphasize in front of the whole world – there’s a big difference between Yahadus and Zionism.”

Rav Grami then repeated his words in Farsi.

Rav Grami was interviewed together with Iran’s only Jewish member of Parliament, Siamak Moreh Sedgh, who also attacked Zionism and its leaders and even called on Jews worldwide to rise up against Israel, according to a report on Friday on the Iran Front Page news website, the Jerusalem Post reported. 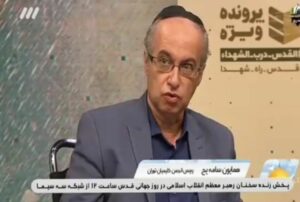 Sedgh said that opposing Israel is a humanitarian and religious obligation and that Israel is “the catastrophe of Zionism.”

This is not the first time that Rav Grami has caught the attention of Israeli media. Following the assassination of Quds Force commander Qassem Soleimani by US forces in Iran, Rav Grami and a delegation of Jews visited the Soleimani family to offer his condolences for the death of the “the martyr.” The video of the encounter was widely spread on Israeli media.

“In their hearts, they love Israel. They’re in a situation in which they’re obligated to prove that they have no connection to Zionism. If they don’t do this, their blood will be on their heads.”

There are about 8,000 Jews living in Iran, under the constant tension of balancing their loyalty to their religion and the Islamic Republic’s dire hatred of their national homeland.

Iran’s supreme leader Ayatollah Ali Khamenei called Israel a “cancerous tumor” that “will undoubtedly be uprooted and destroyed” in his annual speech in support of the Palestinians on Quds Day on Friday, adding that the Jewish state is the creation of “Westerners and Jewish corporation owners.”

Khomeini also called Zionism “a virus” that “must be eliminated as soon as possible.”

Israel sent a request to Twitter on Monday to suspend Khamenei’s account for “anti-Semitic and genocidal messages.”