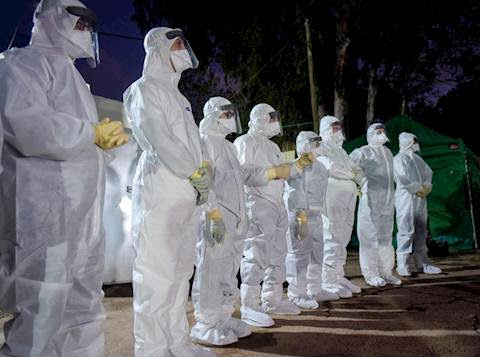 As more and more new cases of the coronavirus are diagnosed in Israel, especially in schools, Channel 12 News spoke to Dr. Chagai Levine, the chairman of the Israeli Association of Public Health Physicians and an epidemiologist at Hebrew University’s Braun School of Public Health, asking him why there are so many cases being diagnosed among students.

However, according to Dr. Levine, the increase in virus cases in schools is representative of a much broader problem, of an increase in cases in Israeli society in general. He believes that the only reason so many cases are being diagnosed in schools is simply because that’s where they’re “looking.”

“It’s possible that the crowded conditions in schools caused an outbreak but on the other hand, many of these diagnosed students were asymptomatic and therefore we only identified the infections after the virus had already spread,” Dr. Levine asserted.

“They began to test anyone in contact with confirmed carriers in schools – even those who were asymptomatic. It could be that if we were carrying out tests in other places we would also discover cases that haven’t yet been identified. In other words, this doesn’t mean that outbreaks aren’t happening in other places but that we’re simply unaware of them.”

“Who said that there aren’t outbreaks in various workplaces? Therefore we need to carry out testing in a systematic manner. The lack of transparency of the data leads us to respond in an inaccurate manner. There’s concern that we’re moving towards a widespread outbreak, even before the winter.”