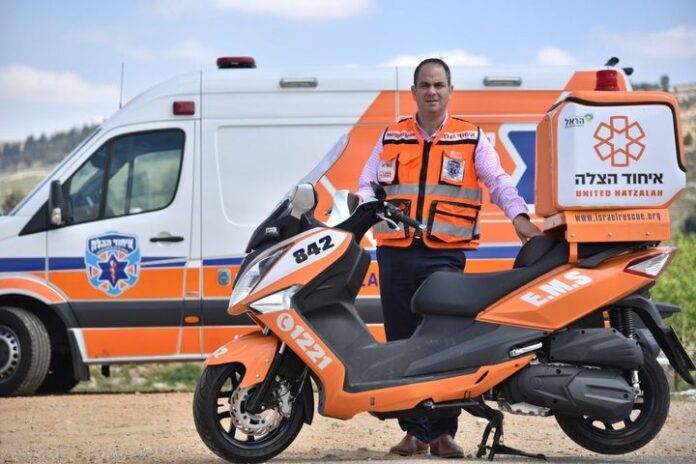 Hatzalah CEO Eli Beer, who was seriously ill with the coronavirus in March and spent almost 30 days in an ICU at Miami University hospital, called for hospitals to develop a mental health protocol for patients who regain consciousness in the ICU in a Forward article this week.

“By far the worst part of my experience was the dreams I had while under, my emotional and mental reaction to the drugs used to put me into a coma,” Beer wrote.

“I didn’t know it at the time, but I was suffering from something called ICU Delirium.”

“Over the past few years, hospital staff all over the world have been discovering and documenting that patients who are kept in the ICU for long periods of time often suffer from this condition. ICU Delirium can cause a patient to have horrifying, violent hallucinations to the point where they feel that they are going crazy. When they talk about it to others, their feelings are often ignored, making them feel alienated and depressed.”

Beer continued by writing how devastating it was when he woke up and needed to relearn how to perform the most basic life functions. It was even worse was when he realized that he had missed out an entire month of his life, which included missing spending Pesach with his family.

“Between the deep disappointment of missing Pesach with my family and losing a month of my life, plus suffering the hallucinatory dreams of my ICU Delirium, I was in dire need of someone to counsel me, ground me and help me recover from the effects of the drugs that were still running through my system, making me doubt everything and everyone around me.”

Beer wrote that he even remembers telling his friends that the medical staff at the hospital were trying to kill him, adding that at that point one of his doctors, Dr. Maria Carolina Delgado-Lelievre, noticed how distressed he was and spent an hour with him explaining what he was going through. “This helped me a lot, but it’s not common there — or anywhere else,” Beer wrote.

Beer continued by citing statistics about the high rate of ICU delirium and citing a report that stated: “A quarter of all ICU patients suffer from post-traumatic stress disorder once they leave, a rate that’s comparable to PTSD diagnoses among combat veterans and rape victims. Patients with ICU delirium are less likely to survive and more likely to suffer long-term cognitive damage if they do.”

Beer said that when the hospital saw how much he was helped by Dr. Delgado-Lelievre, they established a new protocol requiring trained professionals to accompany patients as they wake up from induced comas on respirators.

Stressing the fact that “tens of thousands of people have been put on respirators around the globe as a result of coronavirus,” Beer urged all hospital directors and staff to institute a similar protocol — “to be aware of the emotional state of your patients who are recovering from this terrible disease, and to have someone by them to help them emotionally.”

“Please, have a mental health professional by recovering patients’ sides. It is incredibly necessary yet often overlooked. It will help speed the recovery process, and most importantly, make it less traumatic for the patients,” Beer concluded.