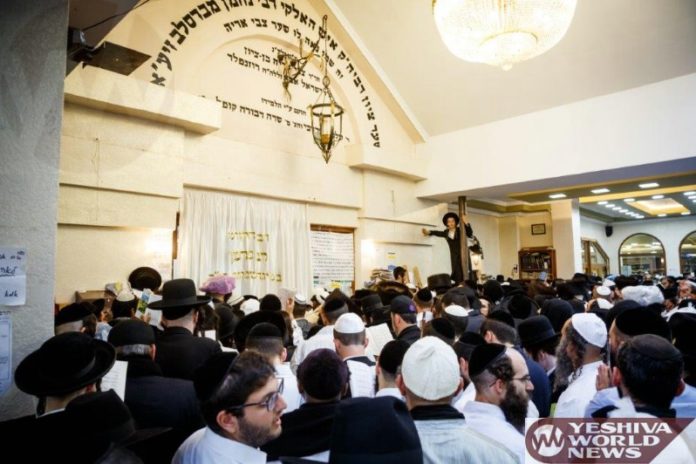 An official letter of the Ukrainian government states that Israeli Jews will not be allowed to enter Ukraine to spend Rosh Hashanah at Uman – the site of the kever of Rav Nachman of Breslov.

The increasingly popular tradition of tens of thousands of Jews from all over the world traveling to Uman every year for Rosh Hashanah has now joined the list of activities that have been halted by the coronavirus pandemic.

According to the letter, Ukrainian government officials convened on July 9 to discuss whether to allow Israeli Jews to enter the country for Rosh Hashanah despite the coronavirus pandemic. Representatives of all government ministries were present at the meeting and they unanimously decided that allowing tens of thousands of people to enter the country and gather in Uman amid a pandemic was too risky.

The letter listed the various reasons for the government’s decision:

The letter stated that many many discussions and meetings between Israeli and Ukrainian representatives and health officials took place at the beginning of July. The Israelis officials understand and agree with Ukraine’s decision in light of the situation.

“We’re updating early and not at the last minute,” the letter stated. It added: “For all those who are trying to make this a political or anti-Semitic issue, we deny this – there is no connection to politics or anti-Semitism.”