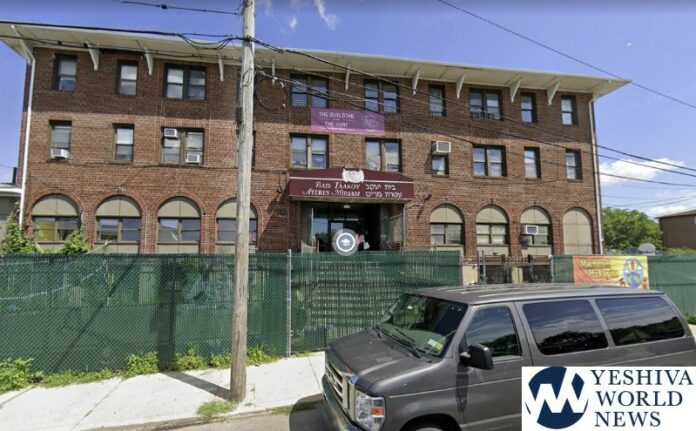 Just hours after being ordered by a federal judge to explain his shutdown of Jewish schools in court, Governor Andrew Cuomo held a press conference in which he reversed course and agreed to allow the schools to open in Far Rockaway. The announcement came on the heels of the lawsuit filed by Yitzchok and Chana Lebovits, who send their daughters to Bais Yaakov Ateres Miriam (BYAM) – an Orthodox Jewish school for girls. The lawsuit alleged that Governor Cuomo and Mayor de Blasio had illegally discriminated against the school, even though there had been no cases of COVID and both officials had previously admitted that schools have not been spreading the virus.

“We are grateful the lockdown order has been loosened and our children can get back to praying and learning together with their classmates,” said Chana Lebovits, mother of two Bais Yaakov students. “The Governor should never have targeted the Jewish community with his lockdown or his statements.”

“It’s unfortunate it took a lawsuit to bring us to this point, but we are grateful the Governor has heard our plea and taken action to loosen the restrictions on Far Rockaway,” said Rabbi Nosson Neuman, menahel of Bais Yakkov. “At the end of the day, this is about the children, and getting our children and those of the entire community back into the classroom in a safe and legal way is the only goal.”

In Lebovits v. Cuomo, with help from Becket and the Jewish Coalition for Religious Liberty, Yitzchok and Chana asked the court to punish Governor Cuomo and Mayor de Blasio for their unscientific and discriminatory targeting of the Orthodox Jewish community that has caused immense suffering and pain for their neighbors and for their children who will never get back the weeks of instruction stripped from them at BYAM. Among other things, the lawsuit emphasized a recording of a conversation Governor Cuomo had with a group of rabbis in which he acknowledged that the policy was not tailored, was cut by a “hatchet,” and was driven by fear.

The Governor’s policy—announced October 6—was set to continue until at least November 5. Yet hours after being ordered to justify his actions in this lawsuit, Governor Cuomo reversed course. He announced today that he is loosening a lockdown order on Jewish communities in Far Rockaway imposed earlier this month after several groups within the targeted lockdown zones took him to court. In early October following rates of COVID cases that Governor Cuomo admitted “would be a safe zone” in many other states, the State imposed new indefinite lockdowns on a select number of zip codes in New York that target the Orthodox Jewish community. The new restrictions completely banned in-person instruction at BYAM and other schools in Jewish neighborhoods in New York City—stripping parents of their right to direct the religious education and upbringing of their children.

“The Governor shouldn’t have needed a lawsuit to tell him that shutting down Jewish schools was wrong. This was the worst kind of unscientific and harmful scapegoating, as the Governor himself knew that schools weren’t a problem,” said Mark Rienzi, President of Becket and counsel to the plaintiffs. “If Governor Cuomo wants respect, he has to give respect. Reopening the schools in Far Rockaway is a start, but elected officials have a lot of work to do to repair the pain and division they have caused.”

Beginning in March, BYAM voluntarily transitioned to remote learning to protect its neighbors and in compliance with the law. In the months that followed, the school spent thousands of dollars equipping teachers with the resources they needed to effectively teach over Zoom. Nevertheless, remote learning proved to be a poor substitute for in-person instruction. Students have suffered academically. Teachers have reported alarming regression in reading skills, had to reteach prayers, and are requesting last year’s math textbooks. Since reopening, BYAM has followed rigorous health and safety protocol, including masking, social distancing, and daily temperature checks—the result of which has been zero COVID cases in the school.

Since its founding in 2012 BYAM has worked to instill the value and tradition of Orthodox Judaism in the next generation of women. Religious education is a centuries-old tradition that is indispensable to practicing the Jewish faith and passing it on to the next generation. Communal prayer, participating in bible studies and engaging in group projects designed to instill ethical values are all just some of the vital activities BYAM provides for its girls. The selective lockdown has cost the girls weeks of instruction they won’t be able to get back.

Entire NYC May Become “Orange Zone” By Next Week