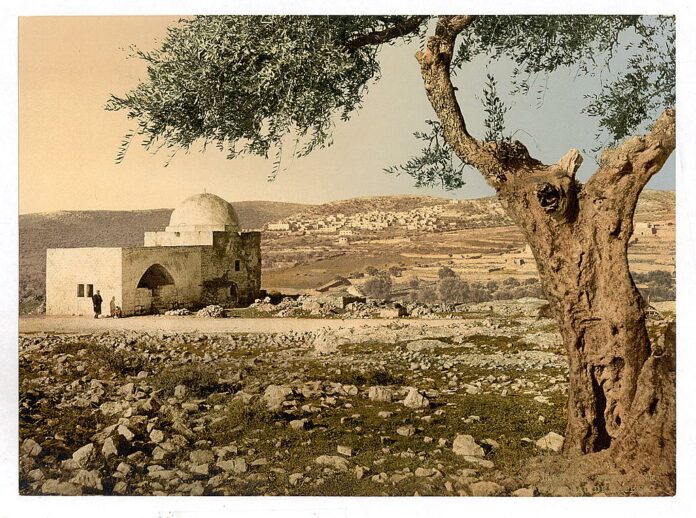 The Yalkut Shimoni informs us that tonight is Rochel Imeinu’s yartzeit.  Rashi, on Bereishis 48:7, disagrees, of course, when he writes that Rachel Imeinu died between Pesach and Shavuos (see Psiksa Rabbasi as well).  Regardless as to the actual date, however, there are a number of lessons – of ways we can grow by examining the life of Rochel Imeinu.

“And behold in the morning it was Leah.”  Rashi points out that in the evening it wasn’t Leah – because Rochel had given the signs to her sister that she not be embarrassed.

SAVING OTHERS FROM HUMILIATION

She gave up her future not thinking that Yaakov would also take her in addition to Leah.  Rather, she had thought that she was destined now to be the wife of Aisav.  All this, Rochel Imeinu had done in order to avoid causing someone humiliation.

THE POWER OF PREVENTING SOMEONE’S HUMILIATION

The destruction of the first Bais HaMikdash and our exile into Bavel was primarily fueled by our Avodah Zarah.  The Midrash cited by Rashi (Yirmiyahu 31) tells us regarding the Avodah Zarah of Menashe that Rochel said to Hashem, “I was not jealous of my co-wife and gave away my Simanim (secret codes with my groom), You too Hashem – be not jealous of Avodah Zarah!  The Midrash explains that it was in her merit that Hashem restored us to Eretz Yisroel and rebuilt our Bais HaMikdash.

We see what a very powerful idea it is to prevent someone else’s humiliation or embarrassment.

Rochel Imeinu was buried on the road to Bais Lechem and was not buried in Maaras HaMachpeilah with the rest of our matriarchs.  Yaakov Avinu buried her there because he knew of the role she would eventually have in davening for us and restoring Klal Yisroel to Eretz Yisroel.  He had the ruach hakodesh to utilize this tremendous merit that Rochel had.

When Nevuzaradan exiled Klal Yisroel from Eretz Yisroel, they passed by her grave, Rachel Imeinu emerged and cried, (Yirmeyahu 3l): “Thus did the L-rd say, a voice is heard on high, lamentation and hitter weeping, Rachel weeps for her children, she refuses to be consoled for her children, for they are not.” And Hashem answers: “Thus did the Lord say, mini kolech mibechi – refrain your voice from weeping and your eyes from tears, for there is reward for your labor, said the Lord, veshavu vanim ligvulam –  and the children shall return to their borders” (Rashi in Vayechi, Radak, Yirmeyahu 31).

ANOTHER ZCHUS SHE HAD

Rochel Imeinu also had another zchus that is not often discussed.  She passed away in the performance of a Mitzvah – that of bringing the nation of Klal Yisroel into the world.  Indeed, it is like that she passed away in a a breach labor birth.  How so?  The pasuk says that the midwife spoke to her in the middle of her labor.  She informed Rochel that she was having a boy.  How could there be time to say so many words to her?  The psukim are much clearer if we understand that the baby was a breach baby.  The point is, however, that she passed away while doing a Mitzvah.  The gemorah tells us that this is a remarkable zchus.

Let us also not forget the third thing that Rochel Imeinu did.  Her father, Lavan, was a rasha, an evil man immortalized in the Hagaddah as the villain of “Arami Oved Avi – an Aramean tried to destroy my father, Yaakov Avinu.”  And yet, Lavan was Rachel Imeinu’s father and she had compassion for him.  He was addicted to Avodah Zarah.  So what did she do?  She tried to take away the tools of his addiction from him.  If he no longer had his trafim, his avodah zarah, he would not sin so grievously.  She took them away from him.

But Lavan was angry.  He came to find them.  Rochel apologized for not getting up, explaining that she was indisposed.  We think that that was the end of it, but Rabbi Yochanan, in the Midrash, tells us that Lavan did not believe her.  Lavan made her get up.  Hashem caused a miracle then and there.  He changed the trafim into small pachim.  These miraculous items were the pachim ketanim that Yaakov Avinu went after.  He went after them because they were so very precious to him – they demonstrated the remarkable miracle that was performed for Rochel Imeinu.

So what other lessons can we learn from Rachel?  Give your all for the sake of Klal Yisroel!  Daven fervently for them, always.  That’s what she did.  But also, let us be inspired by Mama Rachel’s remarkable tzidkus.  Let us immerse ourselves in Avodas Hashem and do Chessed like no one else.  Let us strive and reach for that lofty level of chessed that Rachel Imeinu achieved – that she had implanted within the genetic fiber of her descendants.

There is something unique and irresistible to Hashem about the Tefilos of nashim Tzidkaniyos, the righteous women of Klal Yisroel.  Yaakov Avinu could not have done it, nor the other Avos, nor Moshe Rabbeinu.  This applied then in the time of Galus Bavel and now as well in the longest of exiles, the Galus of Edom – Rome – which includes both Aisav and Yishmael.  Let us then take inspiration from the acts of Rochel Imeinu on this day of her Yartzeit and increase our Kavana in our Daveming and also our acts of genuine complete and selfless chessed.

There were three remarkable zchusim discussed here.  There was the selfless prevention of the embarrassment of another – giving up her entire future.  There was the mesiras nefesh of continuing the legacy of Klal Yisroel – at the cost of her life.  And there was the kiruv efforts to bring back her evil father from the abyss.  It was perhaps the combination of these three remarkable zchusim that allowed her to play such a significant role in ending galus Bavel and the re-establishment of Klal Yisroel in Eretz Yisroel.

B’Ezras Hashem, she will help us in ending our current state of galus and re-establishing Moshiach tzidkeinu in Eretz Yisroel, bim’heira b’yameinu, Amain!