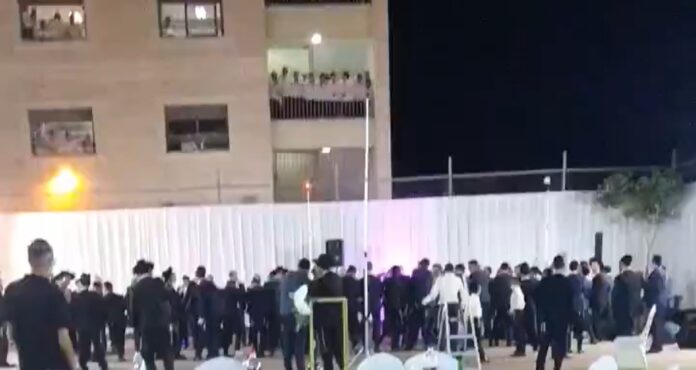 An Israeli chassan who got married on Monday night, like all chassanim, very much wanted his friends from yeshiva to take part in his simcha.

However, as his friends are currently in a “capsule program” at Yeshivas Knesses Yitzchak Hadera in Modiin Illit, their presence at his simcha wasn’t possible since the bochurim are forbidden from leaving the yeshiva and are certainly not allowed to participate in group events.

Last month, YWN reported on a similar but more bittersweet story of a chuppah conducted in the plaza of Hadassah Ein Kerem Hospital in Jerusalem in order to allow the chassan’s father, a seriously ill coronavirus patient, to take part in his son’s simcha.