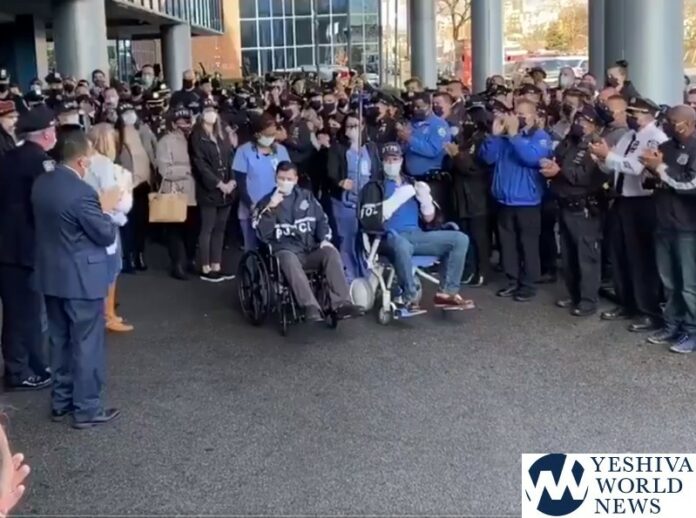 Two NYPD officers who were shot and wounded Tuesday while responding to a domestic violence call in Queens were released from a hospital on Thanksgiving.

Video shows officer Christopher Wells, 36, and officer Joseph Murphy, 33, in wheelchairs as they left Jamaica Hospital to bagpipes and cheers from NYPD members on Thursday.

Wells was shot in the leg and needed surgery to repair a fractured femur, while Murphy was wounded in the hand and also required surgery.

Today, we’re thankful they will be able to spend Thanksgiving with their families as they begin their recoveries. pic.twitter.com/eHgeh9LdKZ

HEROES HOME FOR HOLIDAY: #givethanks that we were able to cheer for our injured @NYPD105Pct heroes POs Murphy & Wells as they left @JamaicaHospital today to head home to spend Thanksgiving with their families. #BlueFamily #Thanksgiving2020 pic.twitter.com/UCnxsIWI5v