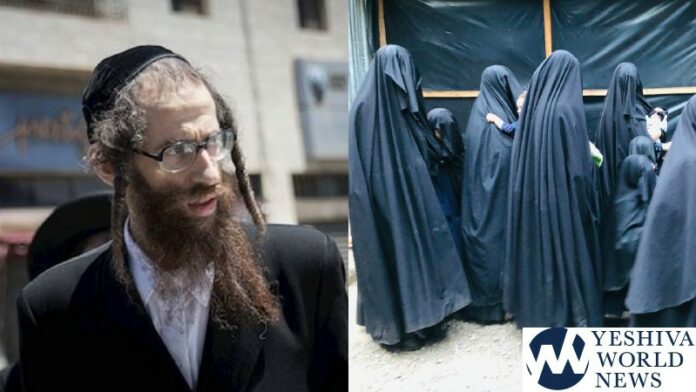 Elazar Rompler, 46, a leader of the Lev Tahor cult fled Israel mid-trial and traveled to Guatemala despite a restraining order against him, his lawyer said on Tuesday. It is unknown how Rompler succeeded in leaving the country.

Rompler left a 17-page letter with his lawyer Gabriel Tronisoili, saying that “it’s clear that I won’t see justice from the Zionist state.” The letter was addressed to the judge of his case, Rivka Friedman-Feldman, and Tronisoili transferred the letter to her on Tuesday, when Rompler was supposed to appear in the Jerusalem District Court for a hearing.

Rompler was indicted for child abuse six months ago. He was charged with assaulting and abusing children physically and emotionally from 2009-2011 in his position as a principal of the Lev Tahor school in Canada.

According to the indictment, Rompler and others severely abused a child of 9 or 10 whom they suspected of stealing from tzedaka funds. They stripped him of his clothing, tied him down to a table and beat him with a belt and stick for hours. He was beaten so severely that when they finished their vicious beating, the child was unable to walk and the perpetrators carried him to his home.

Another case described in the indictment is a similar case of a child being beaten for being suspected of lying by two teachers in the school, while Rompler and other teachers watched.

In his long rambling letter to the judge, Rompler wrote that he’s now in Guatemala with his wife and children and community. He then proceeded to explain the origins of the Lev Tahor cult and the long history of “persecution” against Helbrans and the cult.

The rest of the letter was a lengthy denial of the charges against him. Rompler also claimed that the only reason the charges were filed against him in the “Zionist state” and not Canada was due to political and religious persecution. He concluded the letter by explaining that he was forced to return to Guatemala because his wife is collapsing from the burden of raising his children. He also complained of being prevented from visiting his elderly mother, and the kever of his father as well his children who live in Israel (from his first marriage).

He signed off by writing: “With hope that you will understand my heart, and that justice and compassion will overcome the pressure of the media and incitement. I thank you in advance and faithfully sign, Elazer Rompler.”

They face various charges including kidnapping, identity theft, (use of fake passports) conspiracy to defraud the United States and international parental kidnapping. Four are being held without bond (due to flight risks). Aron Rosner was released on a $10 million bond to home confinement and electronic monitoring.