As YWN reported, the leader of the extremist sect known as “Lev Tahor” reportedly drowned in a river in Mexico this past Friday. The funeral was held on Monday morning in Guatemala.

Helbrans was apparently immersing himself for Shabbos, when strong currents slammed his skull against the rocks in the river. The previous day it had rained heavily and the waters of the river were much stronger and higher than usual. According to the local newspaper, Diario Chiapas, the body of Shlomo Erez Helbrans was identified on Friday.

Helbrans was immersing himself in the Shujabal River into the town of Unión Juárez, located in the Mexican state of Chiapas. Of Mexico’s 31 states and 1 Federal District, Chiapas is the one that is most southerly, on the Guatemala/Mexico border. Reportedly, there was another person with him who had attempted to save Helbrans, but he was unable to do so. 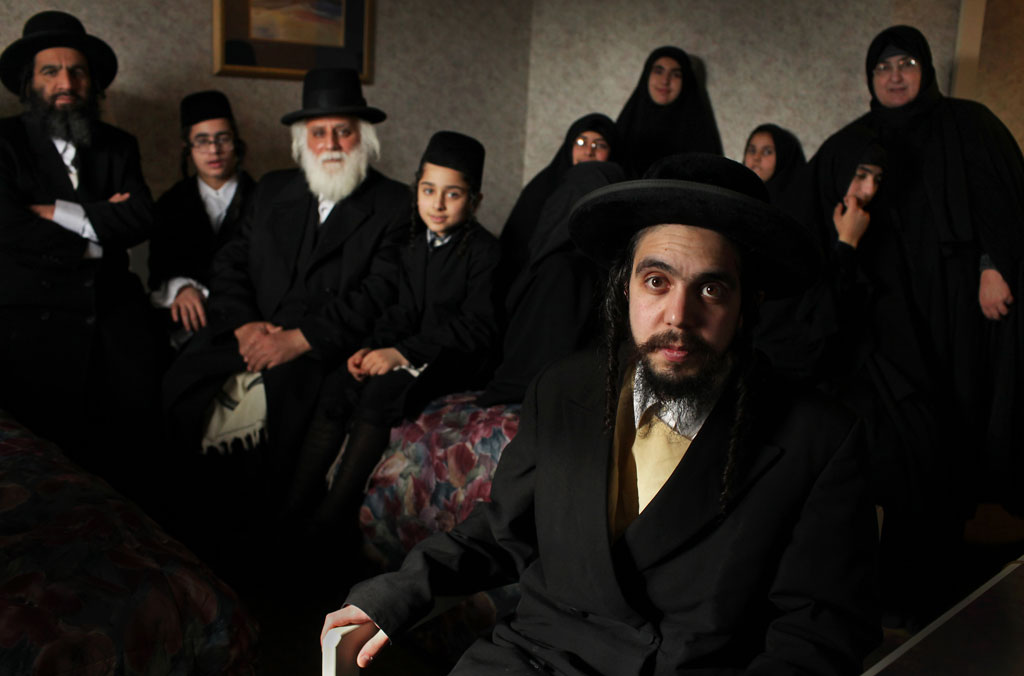 Helbrans was in Chiapas with a group of approximately 40 families who have signed fealty to the sect leader, for themselves, their children and all future generations. In Chiapas, there is another community of Jewish converts.

Sources report that no autopsy was performed because members of the sect were able to reach out to the mayor of Guatemala City, Mr. Alvaro Arzu. Mr. Arzu, who had befriended the sect, made a call to the Minister of the Exterior requesting that he not to allow the Israeli Embassy to take the body. Mr. Arzu had previously helped them with buses and temporary housing.

On April 25th 2017, an Israeli court ruled that Lev Tahor was a “dangerous cult” because it was physically and emotionally abusing the children in its community. The court ruling was petitioned by families of Lev Tahor devotees to increase pressure on the government to repatriate Israeli children living with the sect abroad and try to prevent others from being taken out of the country. Judge Rivka Makayes wrote that evidence showed “the Lev Tahor community treats the children of the community … with severe physical punishment, with underage marriage … with spouses who sometimes have age differences of up to 20 years.. there is a punitive policy toward members of the community that includes the separation of children from their parents – even in infancy – and the transfer of children to be raised in another family; the prevention of formal education and isolation from the outside world and all external sources of information.” 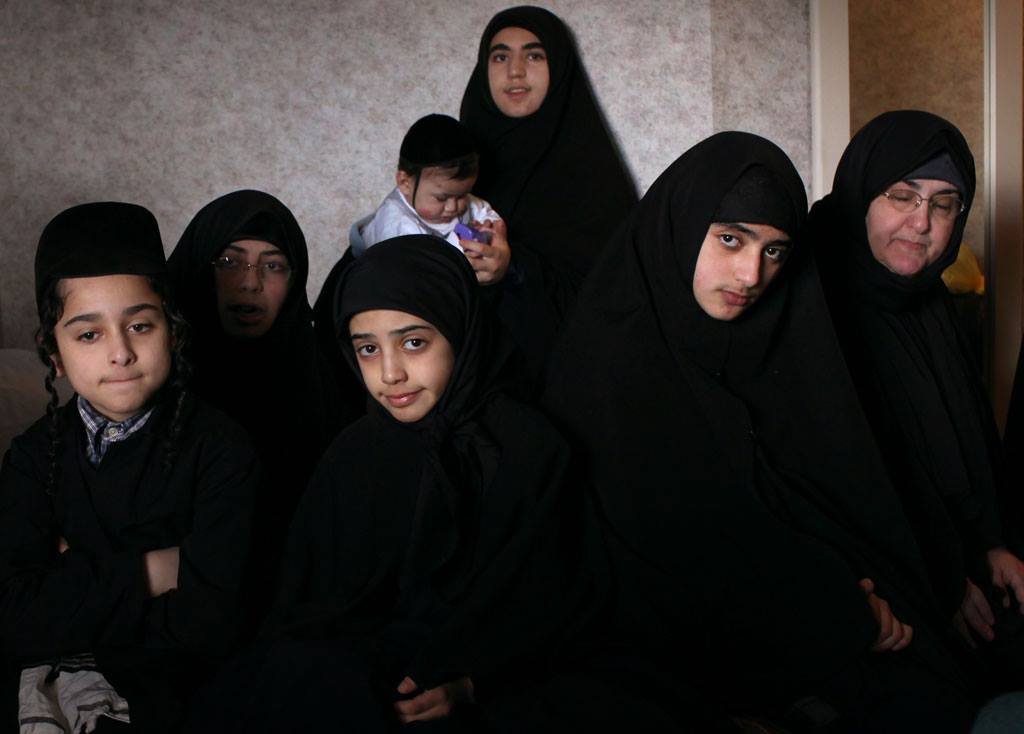 Helbrans was originally an Israeli citizen who began secular, then became a religious Zionist, and then became a staunch anti-Zionist. In the late eighties or early nineties he came to New York. In 1994, Helbrans was convicted in the United States for kidnapping Shai Fima, a boy Helbrans was tutoring for his bar mitzvah. Helbrans had served a two-year prison term before reportedly being deported to Israel in 2000.

He applied and was granted refugee status by the Canadian government in 2003. He had claimed that his life was being threatened in Israel due to his anti-Zionist teachings.

The group settled in Sainte-Agathe-des-Monts, Quebec. Quebec child-protection authorities had been seeking to place the children in the care of Jewish-Quebecer foster-care families. Iin November 2013, some members of the group (those without children) left Quebec for Chatham-Kent, in southwestern Ontario. Quebec authorities have been taking steps to prevent the 127 children from leaving Canada.

On March 5, 2014, after the Ontario Superior Court of Justice issued a ruling as to the disposition of their children under Quebec child-protection law, nine members of the group, including six children, left for Trinidad and Tobago in an attempt to flee to Guatemala. 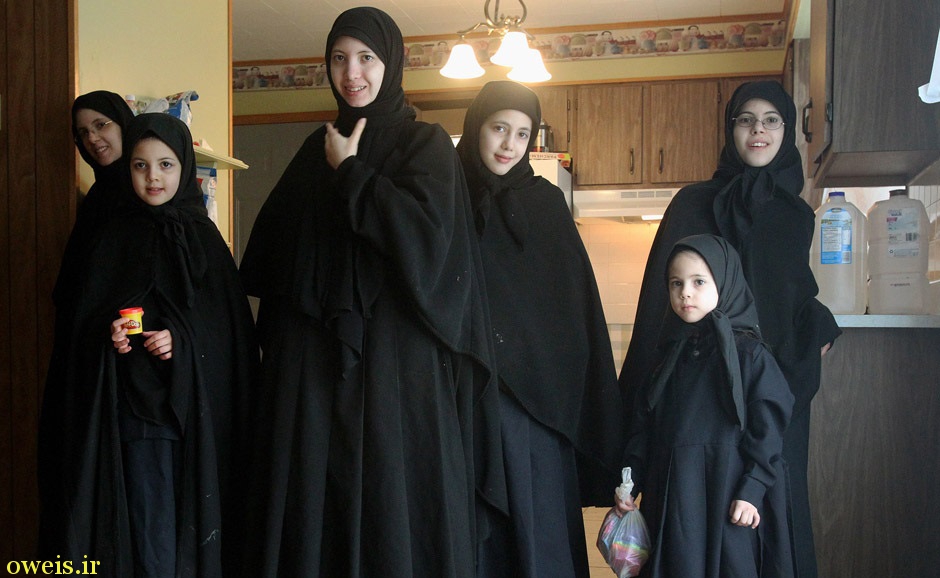 A large contingency of the group then regrouped in the tourist town San Juan La Laguna on Lake Atitlán in Guatemala.

Guatamalan authorities, upon the instigation of Israeli and Canadian children and welfare agencies, had raided Lev Tahor. After authorities did not find red flags, they government informed Lev Tahor that they would not bother them anymore.

Helbrans was still uncomfortable with the idea of remaining in San Juan La Laguna and developed plans to create another community. They rented a big apartment building in Guatalama City. In the morning after they rented the complex, the Israelis once again allegedly raided the place. They purchased 200 acres and wanted to plant avocadoes and various vegetables to support themselves. They moved into the woods in the new area they wished to develop. Israelis allegedly came to the new location as well – prompting Helbrans to look for a new location in Mexico. This occurred just three weeks ago.

Rumors about the group trying to relocate to Iran, beyond the reach of Israel are unfounded. One insider claims that this is simply more fake news.

The Mexican government had allegedly allowed Helbrans and his followers to temporarily remain in the country for 180 days, and the group had already begun a campaign to convince the Mexicans to let them stay longer. 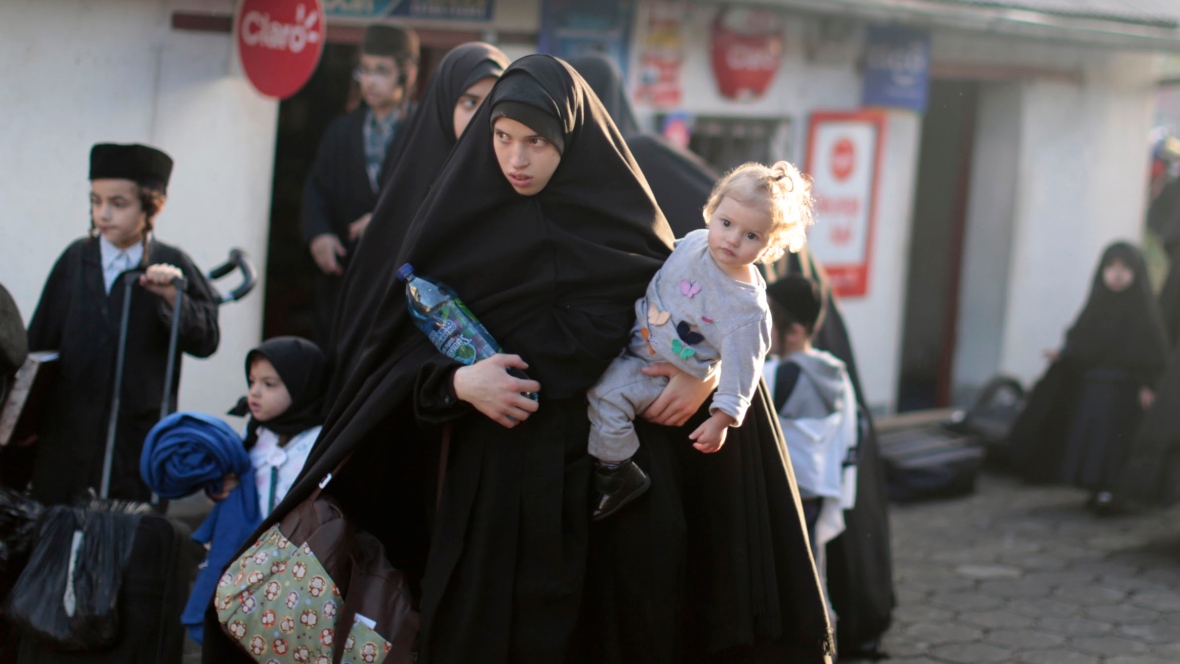 Internal documents of Lev Tahor show that Helbrans has made his followers swear and sign to uphold the following principles among others.

(A) Everyone must negate his or her mind and mind thoroughly and completely, to the leader of Lev Tahor

2) They must subjugate soul, spirit, and will.. 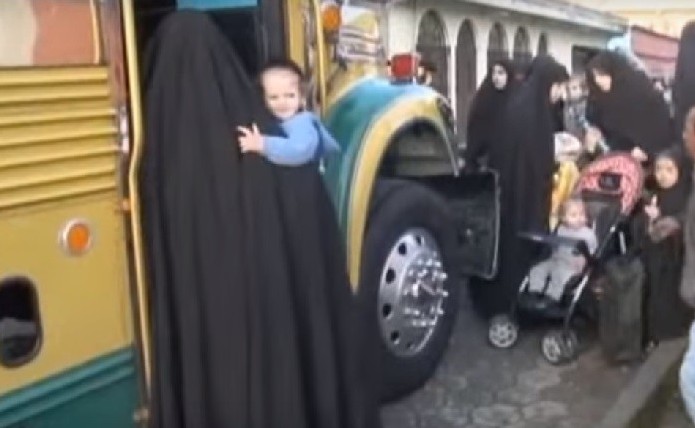 Lev Tahor was founded by Helbrans in the 1980s. It is not clear who will now lead the sect, but it is said that an individual named “Meir Rosner” who is called the sect’s Rosh yeshiva may lead it.

Helbrans has three sons: Nachman and Yoeli are both involved in the movement. A third son had left the sect to the consternation of the brothers and Helbrans himself. 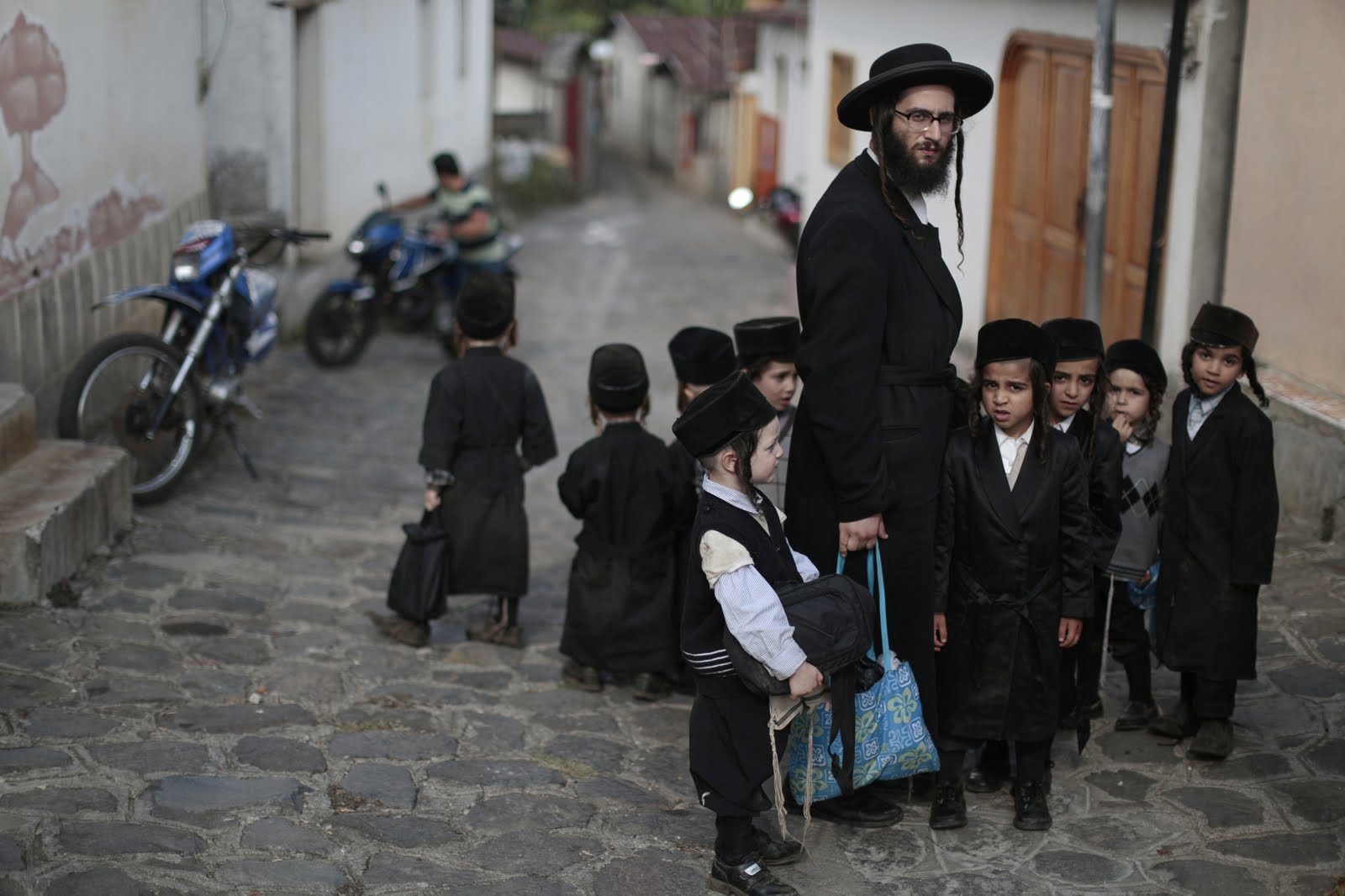 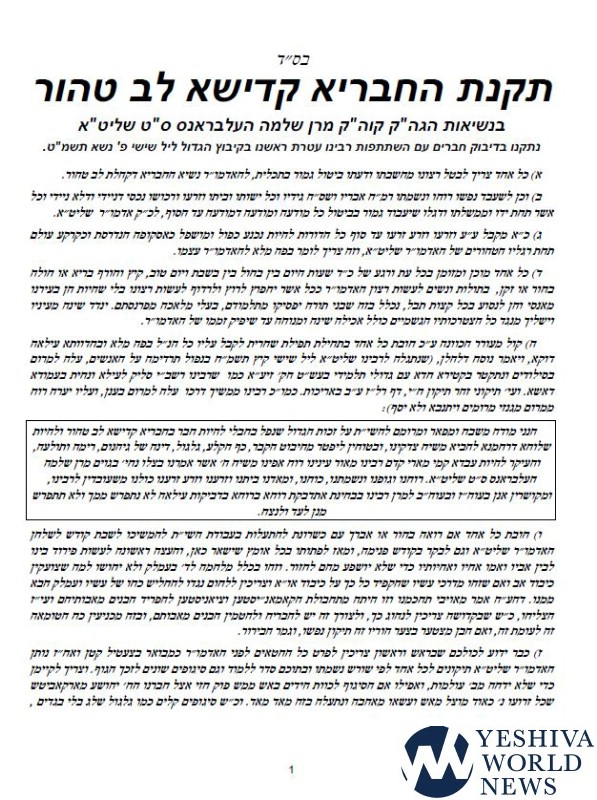 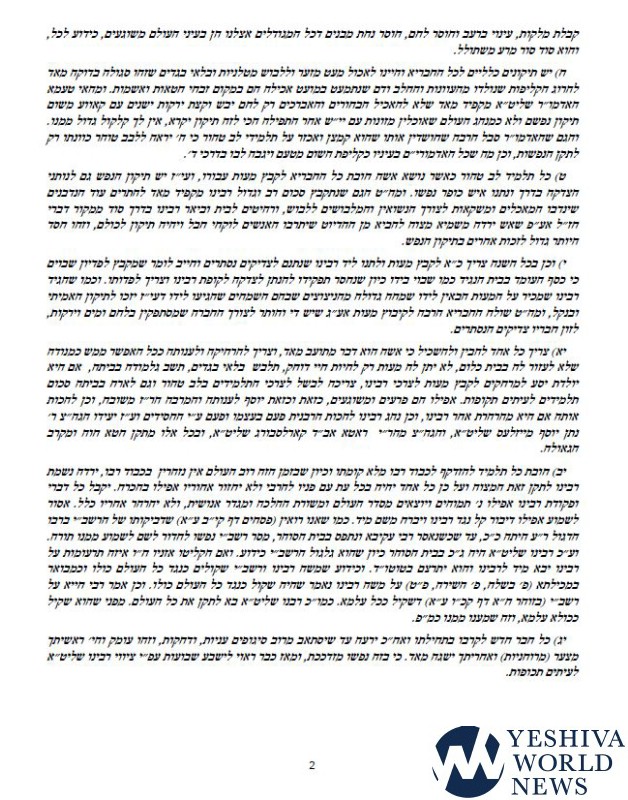 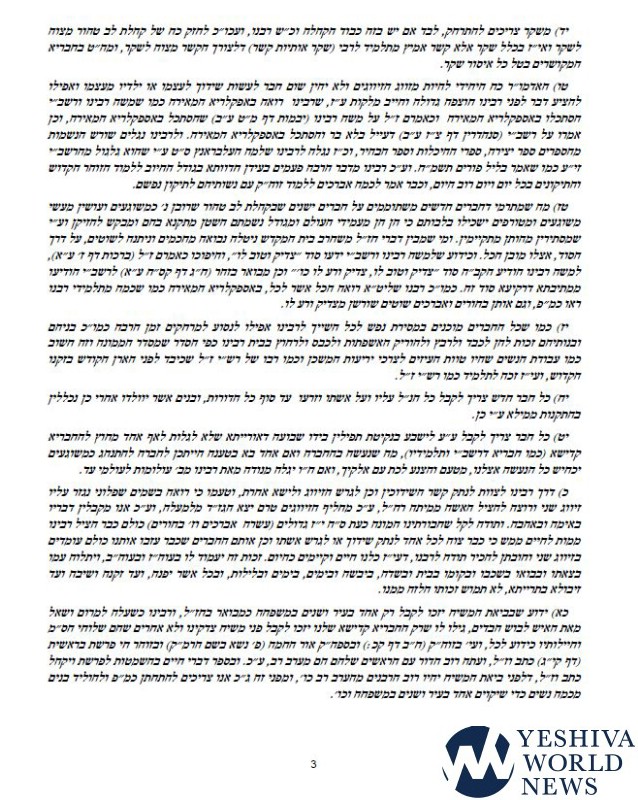 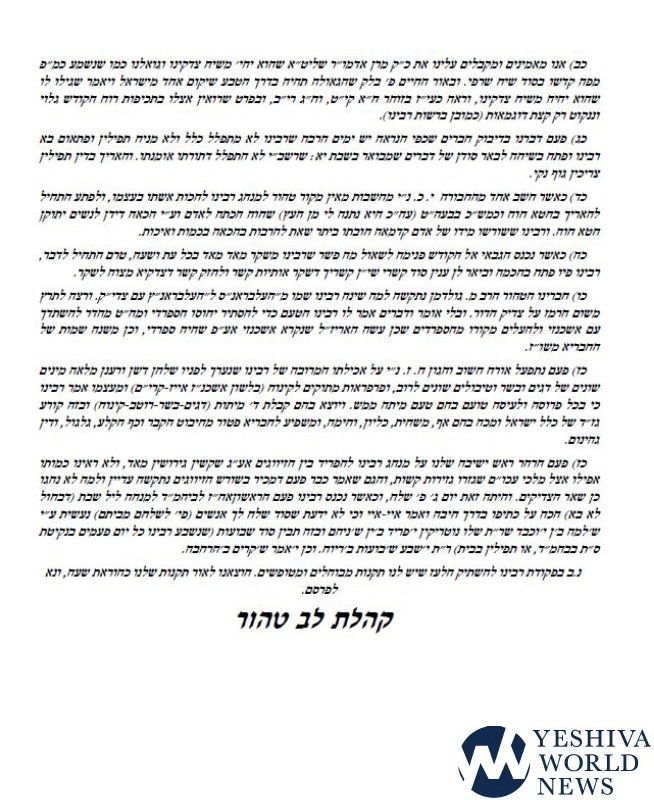 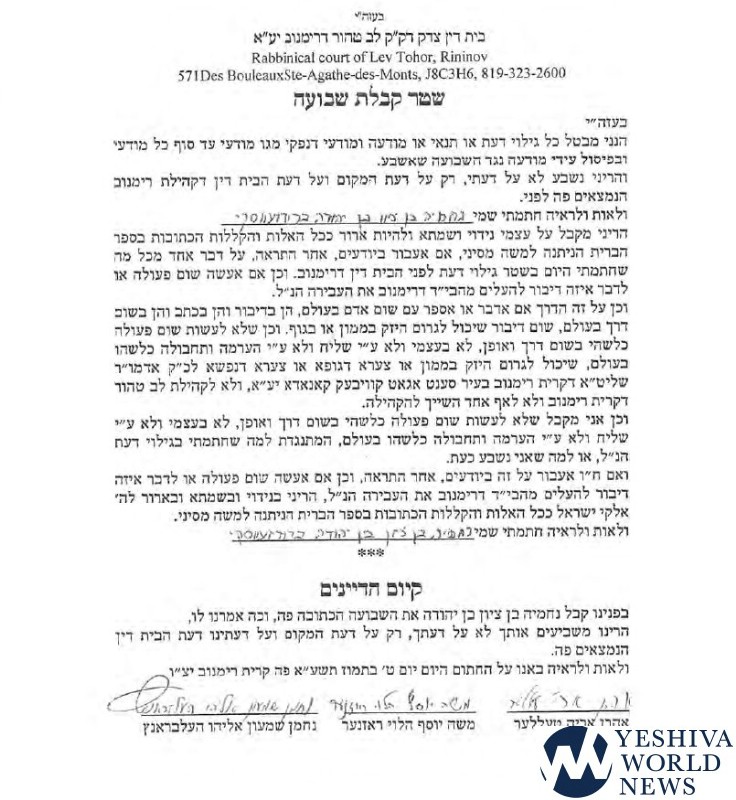