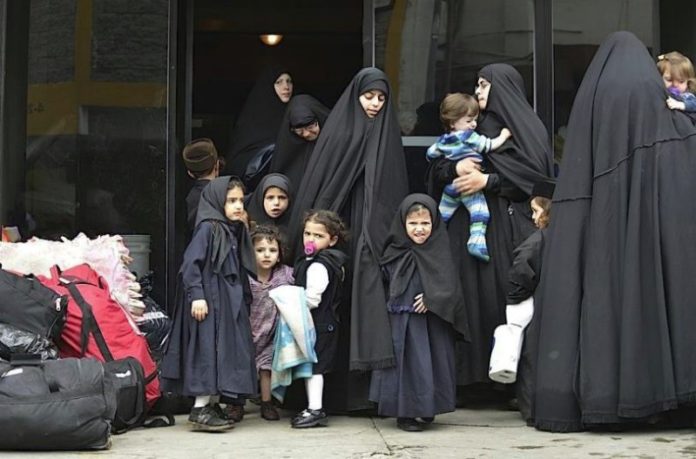 [NOTE: This article was updated on 11/15/18 with additional stories from survivors]

The horror stories involving the Lev Tahor cult, currently located in Guatemala, continue following the death of its leader Shlomo Helbrans in Mexico in 2017. Since then, the leadership has moved into the hands of his son Nachman Helbrans, along with Mayer Rosner, Yankel and Yoel Weingarten, who are even more radical and aggressive than the late founder.

Earlier this week, YWN reported on a mother who was excommunicated by the cult, and was attacked with knives, rocks and gunfire when she returned to try rescuing her children, including a 13-year-old daughter who is in a forced marriage and is reportedly 8 months pregnant.

According to the boy, his mother and Lev Tahor members drove him to Guatemala City – about 4 hours from where the cult is located – on the pretext of getting a passport. His mother dropped him at a hotel promising to pick him up in the morning. The next day, no one came to get him. Stranded and in a panic, he called his mother but no one answered. He tried reaching other members of Lev Tahor but his calls were ignored. As a last resort, he turned to the small community of ex-Lev Tahor members in Guatemala City, and they took him in.

According to the boys, cult leader Yoel Weingarten was once leading a four-hour prayer service when a 14-year-old boy giggled. After a severe beating, they threw him in an old, broken commercial freezer. The imprisonment in the confined space with no change of clothing or bathroom lasted three months. Weingarten reportedly told a group of boys that “he was a sinner and if he dies then that’s what he deserves.”

When the boy was released, Weingarten allegedly took a wooden chair and broke it over his head. He collapsed in pain. “Now you’ve done your Teshuvah,” he reportedly announced.

The boys spoke of the squalid conditions in the Lev Tahor grounds. Until recently the only area for bathroom use was the local river, which was also used as a Mikvah and had separate bathroom times for men and women. Members live under the hot Guatemalan sun in metal containers and tarp-covered tents. The only ones living in luxury are the Hanhala, who have air conditioning and other comforts.

They related that a young man under 40 years of age recently contracted a minor infection. Hanhalah refused to pay for treatment and sent him to a local hospital. He left in a body bag, leaving numerous children behind.

They also described the system for Malkos (lashes), dished out to adults and children alike. Malkos is a big event. A day before the ceremony, posters are placed announcing that at this and this time this person will be publicly flogged. Lev Tahor members are required to attend. Victims are then reportedly stripped to their underwear and whipped in front of men, women and children. One boy recalled that he couldn’t sit for three days after receiving Malkos from the swelling.

This description of Malkos was corroborated by a public Facebook post written by Rafi King (Refoel Koenig), who had received this punishment, and managed to escape the cult several years ago. In several voice notes that were made public, Rafi relates his experiences and the terrible abuse he witnessed and suffered under the hands of Mayer Rosner.

A 12-year-old girl was thrown out of the cult, and sent to Montreal, Canada where a family was willing to take her in. Lev Tahor only permits certain fruits and vegetables to be eaten, as well as whole wheat flour made into bread with a stone press. Proteins are not part of their diet. As such, the girl refused to eat food served in her foster parent’s home. After much discussion, the girl finally agreed to have a little vegetable salad on dishes and utensils that were kashered in front of her.

Every night, the girl tried calling her mother, who only picked up the phone once to tell her to call the “Hanhalah”. After numerous phone calls, she finally reached Yoel Weingarten who forbade her from speaking to her mother. He also refused to “authorize” her to eat food she served.

Another woman who escaped the cult described the Malkos system: “The rabbis in the cult felt that I had sinned so they ordered me to receive 39 lashes. Since 39 lashes can lead to death, they divided the lashes up into weekly sets of three. I had to go to my husband, request his belt, bring it the rabbi who was going to hit me and beg him to hit me with it. If I didn’t beg him, he wouldn’t hit me. They forced me to do this.”

She also said that women were also given punishments of not being allowed to speak for 40 days, and if they did so, even by accident, they would have to start their count over. They were also forced to fast once a week during their Teshuva period.