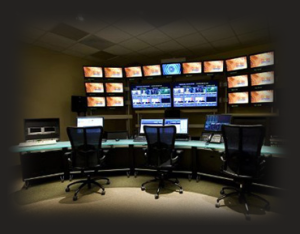 The National Security Agency has been sifting through millions of contact lists from personal email and instant messaging accounts around the world — including those of Americans — in its effort to find possible links to terrorism or other criminal activity, according to a published report.

The Washington Post reported late Monday that the spy agency intercepts hundreds of thousands of email address books every day from private accounts on Yahoo, Gmail, Facebook and Hotmail that move though global data links. The NSA also collects about a half million buddy lists from live chat services and email accounts.

The Post said it learned about the collection tactics from secret documents provided by NSA leaker Edward Snowden and confirmed by senior intelligence officials. It was the latest revelation of the spy agency’s practices to be disclosed by Snowden, the former NSA systems analyst who fled the U.S. and now resides in Russia.

The newspaper said the NSA analyzes the contacts to map relationships and connections among various foreign intelligence targets. During a typical day last year, the NSA’s Special Source Operations branch collected more than 440,000 email address books, the Post said. That would correspond to a rate of more than 250 million a year.

A spokesman for the national intelligence director’s office, which oversees the NSA, told the Post that the agency was seeking intelligence on valid targets and was not interested in personal information from ordinary Americans.

Spokesman Shawn Turner said the NSA was guided by rules that require the agency to “minimize the acquisition, use and dissemination” of information that identifies U.S. citizens or permanent residents.

While the collection was taking place overseas, the Post said it encompassed the contact lists of many American users. The spy agency obtains the contact lists through secret arrangements with foreign telecommunications companies or other services that control Internet traffic, the Post reported.

Earlier this year, Snowden gave documents to the Post and Britain’s Guardian newspaper disclosing U.S. surveillance programs that collect vast amounts of phone records and online data in the name of foreign intelligence, often sweeping up information on American citizens.

The collection of contact lists in bulk would be illegal if done in the United States, but the Post said the agency can get around that restriction by intercepting lists from access points around the world.

The newspaper quoted a senior intelligence official as saying NSA analysts may not search or distribute information from the contacts database unless they can “make the case that something in there is a valid foreign intelligence target in and of itself.”

Commenting on the Post story, Alex Abdo, a staff attorney with the American Civil Liberties Union, said in an emailed statement: “This revelation further confirms that the NSA has relied on the pretense of ‘foreign intelligence gathering’ to sweep up an extraordinary amount of information about everyday Americans. The NSA’s indiscriminate collection of information about innocent people can’t be justified on security grounds, and it presents a serious threat to civil liberties.”