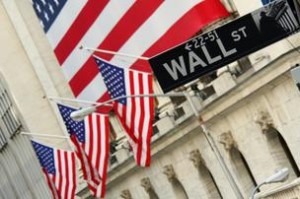 Warren Buffett likens it to a nuclear attack. Economists warn that government spending on programs like Social Security would plunge. The Treasury says the economy would slide into a recession worse than the last.

Yet you wouldn’t know that a U.S. debt default could amount to a nightmare from the way many companies and investors are preparing for it: They aren’t. The assumption seems to be that in the end, Washington will find a way to avert a default.

“Doomsday is nigh, and everyone shrugs,” said Nicholas Colas, chief market strategist at ConvergEx Group, an investment brokerage in New York.

Brian Doe, a wealth adviser at Gratus Capital Management in Atlanta, has 35 clients who’ve entrusted him with $50 million for safekeeping. He isn’t losing sleep over a potential default. Neither are his clients, apparently. Not one has called him about the issue, he said.

“I’ve not done anything,” he said. He puts the odds of default very low. “People in Washington are stupid but not that stupid.”

Marcello Ahn, a fund manager in Seoul, is more prepared, sort of. He doesn’t think the U.S. will default. But if it does, the economically sensitive stocks of shipbuilders and chemical companies will get hit especially hard. So he’s held off buying them.

But he hasn’t sold a single stock or made any big moves to protect his portfolio.

“We are not taking actions based on the worst-case scenario,” he said.

That worse case is inching closer. The Treasury says it will run out of money to pay its bills if Congress doesn’t increase its borrowing authority by Thursday. That includes paying interest and principal on already issued U.S. Treasurys, considered the most secure financial bet in the world.

Treasurys are used as collateral in trillions of dollars of loans rolling over every day. They are also the standard against which the riskiness of stocks and bonds are measured. A default would cast doubt on the value of those assets and throw the global financial system into chaos.

Which is a key reason many seem unprepared for it: Why bother if you can’t really protect yourself? Or, as an official response from France’s Total oil company put it, “Nobody can imagine the consequences, so we don’t have any plans.”

Neither apparently does Sony Corp. “There isn’t a whole lot that one company can actually do,” CEO Kazuo Hirai said Friday at the company’s Tokyo headquarters.

Still, the business world isn’t entirely unprepared. Big U.S. companies have been hoarding cash since the financial crisis for fear of another credit crunch. And financial regulators, major banks and mutual funds have moved to shore up their defenses, too.

One area of concern is Treasury bills that mature shortly after Thursday. The fear is that owners of those bills may not get their money returned to them in case of a default.

As a result, the Hong Kong stock exchange is demanding that investors who use those bills as collateral in certain trades post more of them because they are riskier now. Funds that usually are filled with Treasury bills are scrambling to protect themselves, too. In a rare move, Fidelity Investments and JP Morgan Chase said last week they had purged their money market funds of all U.S. bills coming due soon after the default deadline.

Owners of U.S government bonds due later are less likely to get stiffed. But they’re still vulnerable. In the event of a default, Standard and Poor’s and other credit-rating agencies will consider those bonds higher risk and likely downgrade them. That could cause their prices to plummet, guaranteeing losses to sellers who can’t wait until the bonds mature. But the specter of a downgrade has yet to scare many.

Insurer Allianz Group in Munich holds Treasurys in its portfolios to maturity, so a downgrade would have no effect on the company, spokesman Michael Matern said.

Another area of concern is what Wall Street calls “liquidity” — the ability to access cash quickly to pay lenders and suppliers. Many companies have assets they could sell to scare up money in a pinch. But any panic in markets after a U.S. default would make it difficult to find buyers just when they are needed most. Buyers fled after the collapse of Lehman Brothers five years ago, turning a bankruptcy into a financial crisis and plunging economies around the world into recession.

On Friday, JPMorgan CEO Jamie Dimon sought to reassure investors that his bank was prepared. He noted in a conference call with reporters that it had $250 billion on deposit at central banks around the world. “We have enormous liquidity,” Dimon said.

If other financial institutions are worried about liquidity or hits to their Treasury holdings, they’re not showing it.

A statement from Singapore’s DBS Bank, which has branches in many Southeast Asian countries, said it was not “unduly concerned” about a direct impact from a default. South Korea’s Woori Bank doesn’t believe South Korea would be hurt badly from a U.S. default. So it has made no contingency plans, said Jang Chung-sik, a spokesman.

The Philippine government thinks a default is unlikely but is moving to protect its economy anyway. At a news conference last week in the tiny nation of Brunei, the Philippine finance secretary said his country was taking steps to improve its “liquidity positions.” But his boss, the Philippine President Benigno Aquino III, said at the same news conference that no step would guarantee protection.

“When the world’s biggest economy turns belly-up, how can you actually protect yourself?” he said.

Protecting yourself during a U.S. default might not work in the chaos that ensues. In fact, the moves might backfire.

Stuart Speer, a financial adviser in Shawnee, Kan., learned that the hard way two years ago. In August 2011, the U.S. came close to defaulting and S&P downgraded Treasurys. Speer dumped Treasurys from his holdings, fearing many investors would do the same and prices would tumble. But others ended up buying Treasurys and prices rose sharply.

“That’s not in the textbook,” he said.

This time, Speer has placed “stop-losses” on his stock holdings, a computer order to sell if prices fall below a certain level. But aside from that, he’s not doing much, saying little would help.

Except maybe cash. Spooked by the financial crisis, big U.S. companies in the S&P 500 stock index have piled up a record $1.1 trillion of cash. They’ve drawn criticism for not using it to expand or hire.

But the move may end up being wise. Many now have enough to pay their bills for several months in a pinch, letting them avoid the panicked lenders that refused them money in the financial crisis. The cash cushion may help explain why U.S. stocks haven’t sold off more as default approaches.

“Investors know that for better or worse, most companies have become their own banks,” said Colas, the ConvergEx’s strategist. “In a way, we’ve been preparing for this (default) since the financial crisis.”