Two Tzfas residents were taken into custody by police on Sunday, 16 Cheshvan 5774 after they decided to promote their agenda, a Jewish Tzfas. They have been posting signs and distributing literature for a Jewish Tzfas to avoid assimilation in the city.

HaKol Yehudi reports Tzfas Mayor Ilan Shochat is not pleased with their signs because there are many Arabs living in the city, and he ordered police to have them taken into custody. These residents posit the mayor is the one bringing more Arabs into the city.

Wording of the posters includes United Tzfas will select a trustworthy mayor, one who is above reproach and one whose main goal in office and in this world will be יתגדל ויתקדש שמיה רבא. Police posit the words are incitement to kill the mayor since the words are contained in the Kaddish. The suspects in custody explain the words are Aramaic and speak of glorifying H’shem’s name, not a plot to murder anyone!

It took the intervention of one of the city’s chief rabbi’s and Honenu attorney Adi Kedar to persuade police the signs are not secretly inciting to kill anyone. Kedar also asked for a commitment from police that they will not prevent anyone from distributing their campaign literature, expressing astonishment over the reaction of police. 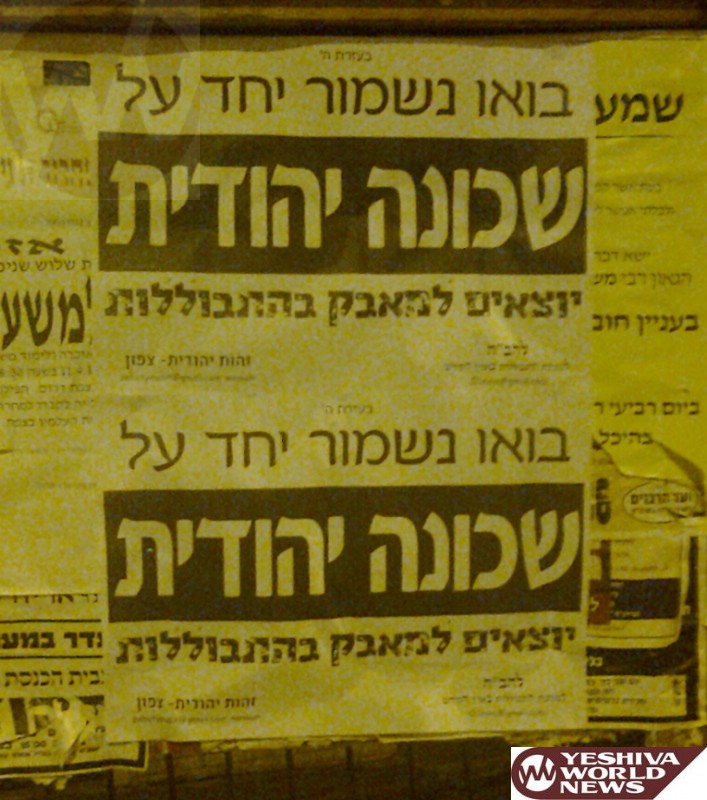