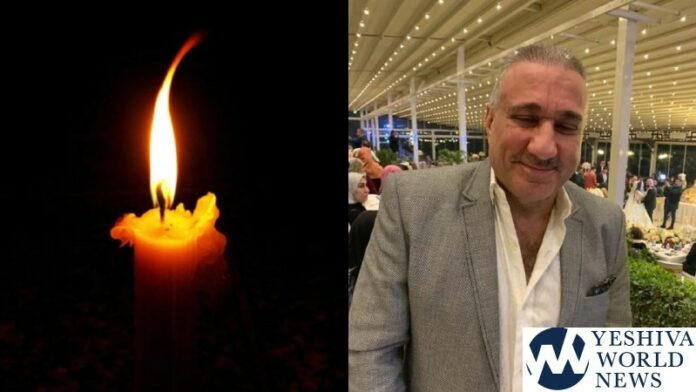 One of the last Iraqi Jews in Baghdad, a doctor who treated the poor free of charge, passed away at the age of 61, reports said on Tuesday.

Dr. Thafer Fuad Elyahou, z’l, known as “the doctor of the poor” passed away of a heart attack.

Edwin Shuker, a Jew born in Baghdad now living in London, wrote about Eliyahou on Facebook:

“Thafer was an orthopedic surgeon, who served Iraq with skills and loyalty to the very last day of his life,” Shuker wrote. “Thafer worked under the most challenging of conditions, especially during the long years of war and sanctions. He continued to treat patients in the state hospitals knowing that many of them were not able to pay towards the treatment but always received each and everyone, with a broad smile and a warm welcome. His modesty was legendary and he will be sorely missed.”

“Dr. Thafer Eliyahu, Orthopedic doctor in Wasiti hospital in Baghdad passed away,” Washington Post Iraqi correspondent Mustafa Salim wrote on Twitter. “He is one of the last Iraqi Jews in Baghdad. He was called the doctor of the poor people since he always used to treat those who can’t afford the costs for free.”

Dr. Thafer Eliyahu, Orthopedic doctor in Wasiti hospital in Baghdad passed away . He is one of the last Iraqi Jews in Baghdad, he was called the doctor of the poor people since he always used to treat those who can’t afford the costs for free. pic.twitter.com/8jgQvsaY9C

With the death of Eliyahou, z’l, there are now only three Jews left in Iraq.

The Jewish community in Iraq, stemming from the time of the Bavli captivity, is one of the oldest in the world. Prior to the founding of Israel in 1948, Jews comprised 40% of the population of Baghdad.

Like in other Arab countries, most of the Jews fled after the founding of Israel due to Arab attacks on the community. Between 1950 and 1952, 120,000–130,000 of Iraq’s Jews (around 75% of the community) reached Israel in Operation Ezra and Nechemiah.

After the US invaded Iraq in 2003, some remaining Jews were evacuated to Israel and others left in the years after the war. By 2009, there were only eight Jews left in Baghdad.