The rash of attacks by Arabs on religious Jews continues and on Sunday afternoon, HaRav Eliyahu Mali, Rosh Yeshivah of Shiras Moshe in Yafo and a well-known personality in the city, was attacked by two Arabs on Sunday afternoon. The yeshivah’s administrator, who was accompanying Rav Mali, was also beaten, with both men punched and kicked by the Arabs.

Rav Mali and the administrator were on the way to purchase an apartment for the yeshivah. The owner of the property is Jewish but when the men arrived, a number of Arabs surrounded them and ordered them to leave the area. The men refused and when one of them pulled out his cell phone to video the Arabs, they began beating them.

Both men were evacuated to Sheba Hospital for treatment.

The police opened an investigation and quickly located the culprits and arrested them. The suspects are both in their 30s and are residents of Yafo.

A witness said that the Arabs attacked the men in order to prevent the property, where an Arab was living, from being used by Jews. There is reportedly an ongoing dispute between the yeshivah and locals over the use of the apartment.

Yamina MK Matan Kahana wrote: “What a busha!. A Rav in Israel attacked in the middle of the day in the center of the city. Where have we reached?”

Barak Leibowitz, a close friend of the Rav, told B’Chadrei Chareidim: “The attack is disturbing but not surprising. The situation in Yafo isn’t good. A feeling of hefkeirus (lawlessness) is felt here and that’s why this happened.”

Leibowitz added that the Rav was not seriously hurt but he is undergoing tests at the hospital. The yeshiva administrator received more serious blows and is receiving treatment. 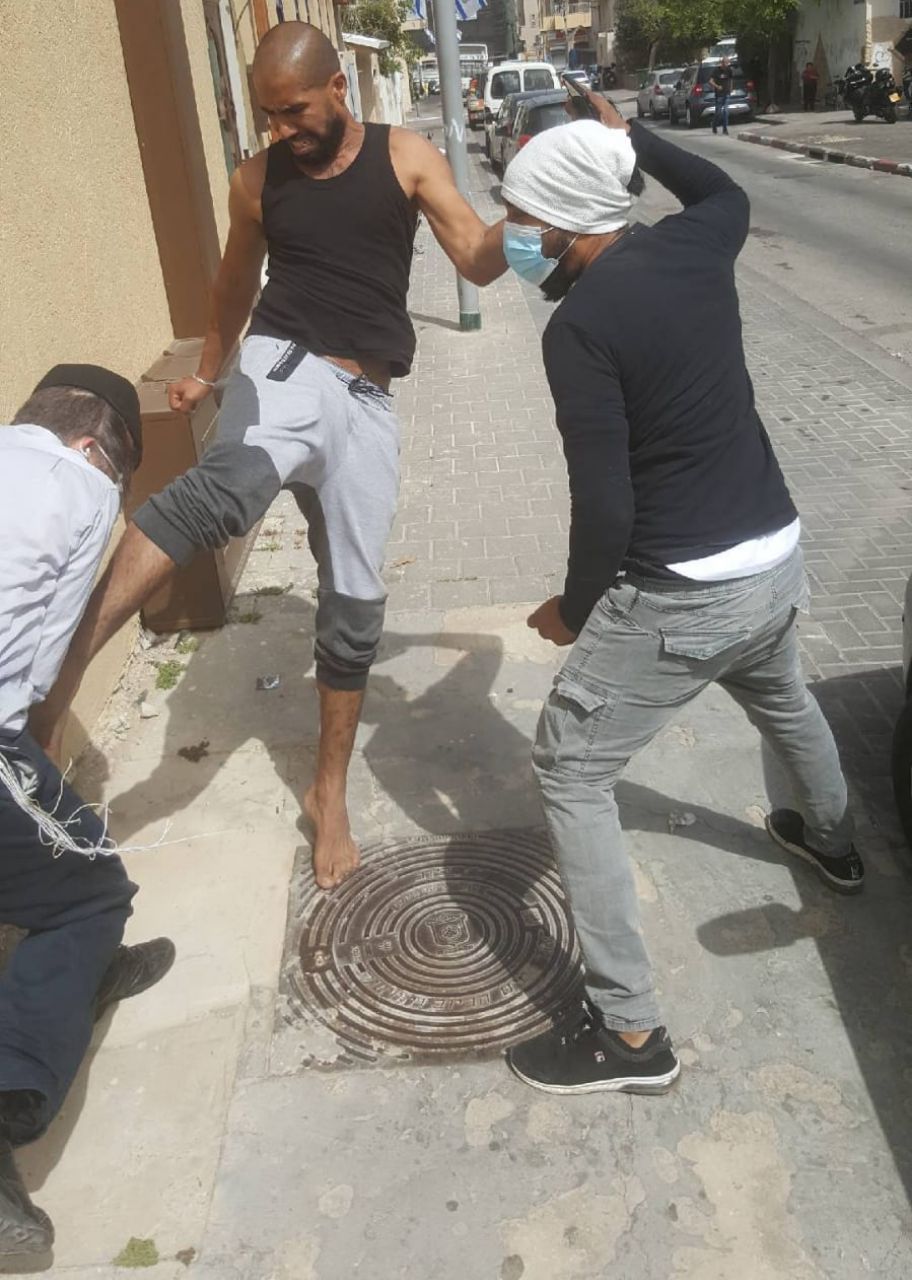