Over 1,050 rockets have been fired from the Gaza Strip since Monday evening, with a huge barrage of rockets launched by Hamas in the early hours of Wednesday morning.

An Israeli was killed and three others were wounded later on Wednesday morning when Hamas fired a Kornet anti-tank guided missile (ATGM) from the Gaza Strip into Israel.

Two Israeli-Arabs were killed after a rocket struck their vehicle at about 3:30 a..m. in an Arab neighborhood in Lod. The victims were a man, 52, and his teenage daughter, 16. The mother of the family was seriously wounded.

Another missile hit a home in Yehud, a town located near Ben Gurion Airport. The missile completely destroyed the home but fortunately, the family members who lived in the home were in their bomb shelter at the time.

Two women were killed in Ashkelon on Tuesday afternoon in two separate homes, one an elderly woman in her 80s and the other a foreign worker from India, 32, the mother of a nine-year-old son. “Her husband, her son, her parents are crying, it’s difficult,” her sister-in-law in India told Haaretz.

Sadly, she was in the middle of speaking to her husband and son in India via a teleconference call when the rocket hit.

A foreign citizen from India, Soumya Santhosh, was one of those killed today from rockets launched from Gaza pic.twitter.com/gkCJlfihL2 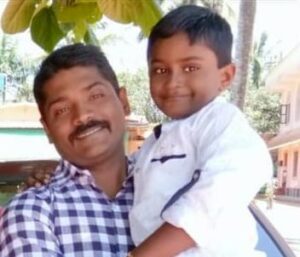 Another woman was killed by a rocket on Tuesday evening in Rishon L’Tzion, when a barrage of rockets hit central Israeli cities near Tel Aviv. She was later identified as Leah Yom-Tov, 63.

RAW FOOTAGE: This is the moment the Iron Dome intercepted a barrage of rockets over Tel Aviv and central Israel. pic.twitter.com/8jl8OTgWCl

According to the IDF spokesperson, Israelis who followed the instruction of the Home Front Command and immediately ran to bomb shelters upon hearing the sirens have mostly been unharmed from the rockets. Most of those killed or injured were people who couldn’t or wouldn’t run to a protected space in time.

Meanwhile, the IDF carried out numerous airstrikes overnight Tuesday and Wednesday morning in the Gaza Strip, Two senior Hamas leaders who were key Hamas intelligence operatives were killed in a joint effort of the IDF and Shin Bet.

The two were in a ten-floor high-rise building before the IDF destroyed it after warning the residents to evacuate. The building housed the Hamas terror group’s intelligence center, the West Bank command center, and a propaganda office.

Earlier, the IDF killed three other senior Hamas officials and decimated the homes of three senior Hamas leaders so that “when they come back up from their underground bunker they will see they have no home left,” the IDF spokesperson said.