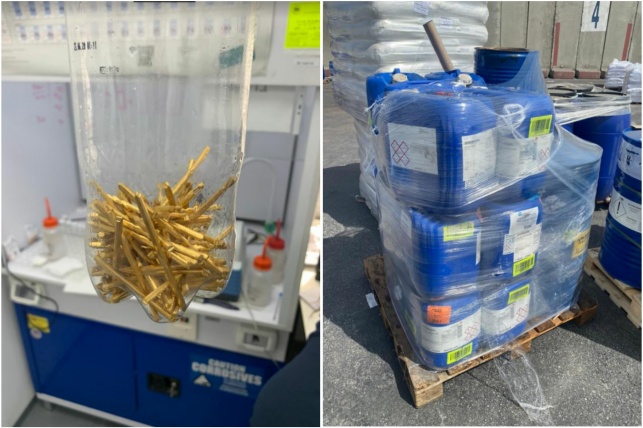 Defense Minister Benny Gantz signed five administrative orders on Monday for the seizure of contraband material that was being smuggled into the Gaza Strip via the Kerem Shalom crossing in the days prior to Operation Guardian of the Walls.

The smuggling attempts were revealed in a joint operation of the National Bureau for Counter Terror Financing, the Shin Bet security service, and the Crossings Authority.

Gantz has signed over 20 administrative orders for the seizure of equipment being smuggled into the Strip since the beginning of the year.

Israel’s security agencies have thwarted thousands of smuggling attempts in past years, with increased attempts every year since Operation Protective Edge in the summer of 2014.