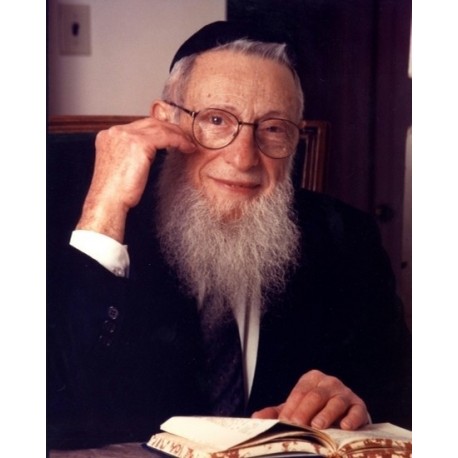 Rav Henoch Leibowitz zt”l was one of the Gedolei HaMussar of the past generation.  He headed the Rabbinical Seminary of America – Yeshivas Chofetz Chaim, and spearheaded an entire Yeshiva movement that has educated thousands and thousands of Bnei Torah.  Below are six of his thoughts on Sefer Dvarim.

[1] The Ramban explains that Moshe Rabbeinu, aside from 1] informing them of Hashem’s chessed toward them, 2] giving them mussar so that they not sin further, and 3] strengthening them, he explains that after they sinned – Hashem dealt with them compassionately.

What was the purpose of this? One would think that for reason #2, it would be counterproductive.

It seems that man’s nature is such that if he knew he will eventually sin, but not know that he will be judged with mercy – he will be depressed.  The take-home message is that when we rebuke someone we should first strengthen them – so that he or she will not give up home or become depressed.  Rabbeinu Yonah (on parshas VaEschanan) implies further, that without the initial positive statements, even people on the stature of the Dor Deah would likely not have accepted the rebuke.

KEEPING SELF ESTEEM INTACT DURING REBUKE

RECOGNIZING SEVERITY OF AN ISSUE PROMPTS ONE TO BE MORE CAREFUL

[3] Rashi explains that Moshe is rebuking those who said Lashon Harah against Hashem (see Mizrachi) that they should have learned from what happened to Miriam in Chatzeiros.  Hashem had spoken positively about Eretz Yisroel and they had spoken negatively.  But didn’t the meraglim believe that what they spoke was the truth and that they were fulfilling a Mitzvah?  How then could a deeper analysis of what had happened to Miriam possibly help?

It seems that a greater recognition of the severity of the underlying issues would have prompted them to make sure they were not in error, and they would have recognized the truth.  The take home lesson is that inspiration matters – even a small amount of it.

ITS THE EXTRA SYATA DISHMAYA THAT COMES WITH EXTRA EFFORT

[4] The Ralbag (BaMidbar 20:8) explains that Klal Yisroel was not on the spiritual level to be given the land of Israel through Moshe Rabbeinu – who would have accomplished the task of bringing them into the land immediately.  Moshe is saying that on account of their lower level, he was not allowed to bring them into the land. Since they were not on the level of entering immediately, the nations would have defeated the Bnei Yisroel.  Yehoshua, on the other hand, whose abilities were not as strong, and would slacken a bit in waging the war, and the nations would remain serving as a test and stumbling block for the nation of Israel.

The words of this Ralbag are somewhat difficult to understand. It is clear that Yehoshua was an incredible prophet and Tzaddik.  The slackening then, must have been on a very miniscule and subtle level.  How then could it be that Yehoshua was unable to accomplish what Moshe Rabbeinu could have done immediately – if the “laziness” was only miniscule?

It must be concluded that Moshe Rabbeinu would have merited a “syata diShmaya – Divine assistance” that would have eluded Yehoshua on account of his extra Zrizus – alacrity.  We tend to think that there is no difference as to whether we perform something with great zrizus or not.  The fact is that there is often enormous difference.  Doing a Mitzvah with zrizus unlocks remarkable Divine assistance.

[5] The Midrash Rabbah (Dvarim 1:17) explains that the word “enough” that is used here correlates to the word “I have enough” that Aisav employed when Yaakov tried to give a gift to Aisav.  Hashem said, “Since Aisav honored Yaakov with this word, I shall use this word to turn away from [attacking] Aisav.

Rabbi Zev Wolf Einhorn, (d. 1862), author of the Maharzu, explains that Aisav wished to prevent Yaakov from suffering the anguish of losing money.  Since Aisav wished to prevent tzaar – anguish from Yaakov – Hashem commanded the children of Yaakov not to cause Tzaar to the children of Aisav.  But we may ask:  Why should Aisav receive reward for this prevention of tzaar?  He was the one that caused the entire episode by bringing 400 men to kill Yaakov in the first place!  We must say that in Hashem’s incredible chessed – He judges and rewards people by each act – separately.  The previous act was separate.  Now, a new situation had arisen and Aisav acted properly.  Hashem rewarded him for it.  We must realize Hashem’s remarkable chessed with us – even evildoers.

ALWAYS BE AWARE OF CHILLUL HASHEM

[6] The Gemorah in Bava Kamma 38a states that this verse, regarding not to stress Moav, was is in response to what Moshe Rabbeinu was thinking to do. He wished to make a kal vachomer argument in regard to Moav.  If we are instructed to attack Midian, who only came to help Midyan when they attacked Klal Yisroel, then certainly we must attack Moav who actually attacked them.

Hashem responded to Moshe not to do so, since He, in the future, will take out Rus and Na’ama.  Tosfos observes that it is indicative from this Gemorah that the prohibition of causing stress to Moav still existed even when there was a Mitzvah to stress Midyan.  Yet in Bereishis Rabbah (Vayatzay) we lern that the leaders of Moav cited this pasuk not to stress them – to Dovid HaMelech – when Dovid HaMelech sent Yoav to Aram Naharayim and Aram Sovah and attacked Moav. Dovid explained to the leaders of Moav that after they had sent to get Bilaam to curse them – the prohibition was removed.

**** Rabbi Hoffman writes a parsha sheet that promotes the mida of Emes – Truth.  Why not subscribe?  Each week the parsha sheet features 4 columns:  The first is a dvar Torah on the Parsha highlighting Emes.  The second is a column that inspires us toward truth.  The third column is halacha – culled from the writings of Rav Nachum Yavrov zt”l (and others) and the 4th column is a translation of classical texts on truth.  To subscribe – send the word “subscribe” in an email to [email protected]