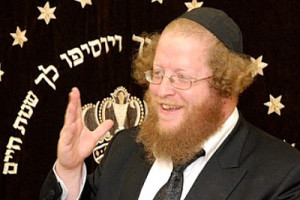 Hearing of avreichim being expelled from kollelim for voting the Bnei Torah party in the municipal elections, Minister of Education Rabbi Shai Piron announced that he will not tolerate political discrimination. The minister announced that any kollel that expels talmidim for voting against the party line will lose state funding as a result.

Piron has already instructed his office to being the process of investigating the situation towards halting funding from kollelim who have acted in such a fashion.

On Monday morning, Rabbi Sholom Ber Sorotzkin announced to avreichim in the Ateres Shlomo Kollel in Geula that he expects to see the signed declarations of loyalty signed by 12:45 in the afternoon. On Sunday night the rosh kollel arrived in a kollel in the N’vei Yaakov neighborhood of the capital with the same message – to sign the declaration of face immediate expulsion. Rav Sorotzkin appears unaffected by Piron’s statements.

The same seems to be the case in the Nachlas Moshe Kollel in Bnei Brak, headed by the city’s former mayor, Rabbi Avraham Rubinstein. The rav warned avreichim that anyone who has not signed should do so immediately or face expulsion.

The rabbonim and others met on Monday afternoon with attorney Yaron Herman in the home of HaGaon HaRav Aaron Yehuda Leib Shteinman Shlita to investigate legal options available to them.