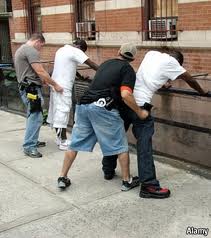 The unions representing more than 29,000 of the New York Police Department’s 35,000 members filed papers Thursday with the 2nd U.S. Circuit Court of Appeals.

The unions want to continue challenges to two court rulings. Those found that officers sometimes violated the Constitution when carrying out the stop-and-frisk policy.

The unions say the rulings would unfairly taint the integrity of the police force and re-write rules governing officer conduct.

The unions noted that the election of Public Advocate Bill de Blasio (dih BLAH’-zee-oh) as mayor means the city might withdraw its challenge.

De Blasio has said he would drop the appeal but could also settle with those urging reforms, eliminating federal oversight.