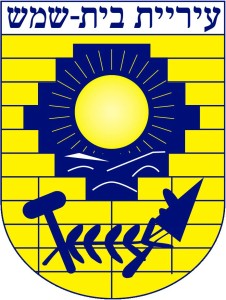 The spitting incident by a chareidi male against a young girl in the Orot Girl’s School in Beit Shemesh led to a national stir. It was that unfortunate and unacceptable event that boosted Yair Lapid according to many, leading to his spiraling popularity and election victory. Dov Lipman and others gained considerable public notoriety as result of the dispute surrounding the Orot Girl’s School, a Dati Leumi Torani school in Beit Shemesh run by Saalei Torah.

Now, two years later the case is being closed after the prosecutor informed the court the sides agree to close the case and move on. The state was not interested in pursuing criminal charges in the matter.

One of the people who feel Lapid’s election success began with his hate campaign against the chareidim based on the infamous spitting incident is demanding an apology from Finance Minister Yair Lapid. “I call on Lapid to apologize to the chareidi tzibur or close down his party which was established on the back of his incident” MK Rav Moshe Gafne stated.

Yahadut Hatorah colleague Meir Porush added the chareidi community has been the target of an anti-Semitic hate campaign for the past two years as a result. “Now we see they made a mountain of a molehill. In a civilized nation the media would have been sued already after targeting an entire community in vain. Therefore, if the Israeli media has a minimum of fairness and impartiality it must apologize for the incitement and defamatory campaign against the chareidi community.”