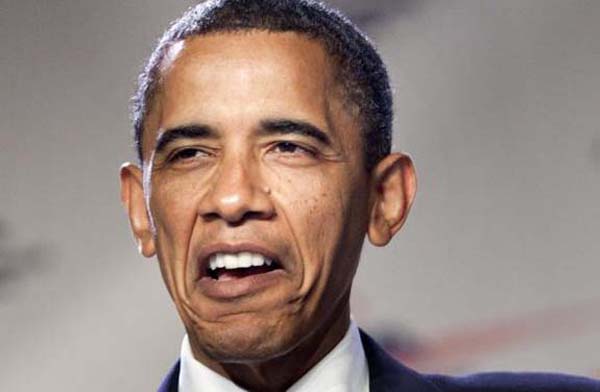 Today, the United States – together with our close allies and partners – took an important first step toward a comprehensive solution that addresses our concerns with the Islamic Republic of Iran’s nuclear program.

Since I took office, I have made clear my determination to prevent Iran from obtaining a nuclear weapon.  As I have said many times, my strong preference is to resolve this issue peacefully, and we have extended the hand of diplomacy. Yet for many years, Iran has been unwilling to meet its obligations to the international community.  So my Administration worked with Congress, the U.N. Security Council and countries around the world to impose unprecedented sanctions on the Iranian government.

These sanctions have had a substantial impact on the Iranian economy, and with the election of a new Iranian President earlier this year, an opening for diplomacy emerged.  I spoke personally with President Rouhani of Iran earlier this fall.  Secretary Kerry has met multiple times with Iran’s Foreign Minister.  And we have pursued intensive diplomacy – bilaterally with the Iranians, and together with our P5+1 partners: the United Kingdom, France, Germany, Russia, and China, as well as the European Union.

Today, that diplomacy opened up a new path toward a world that is more secure – a future in which we can verify that Iran’s nuclear program is peaceful, and that it cannot build a nuclear weapon.

While today’s announcement is just a first step, it achieves a great deal. For the first time in nearly a decade, we have halted the progress of the Iranian nuclear program, and key parts of the program will be rolled back.  Iran has committed to halting certain levels of enrichment, and neutralizing part of its stockpile. Iran cannot use its next-generation centrifuges—which are used for enriching uranium. Iran cannot install or start up new centrifuges, and its production of centrifuges will be limited.  Iran will halt work at its plutonium reactor.  And new inspections will provide extensive access to Iran’s nuclear facilities, and allow the international community to verify whether Iran is keeping its commitments.

These are substantial limitations which will help prevent Iran from building a nuclear weapon. Simply put, they cut off Iran’s most likely paths to a bomb.  Meanwhile, this first step will create time and space over the next six months for more negotiations to fully address our comprehensive concerns about the Iranian program. And because of this agreement, Iran cannot use negotiations as cover to advance its program.

On our side, the United States and our friends and allies have agreed to provide Iran modest relief, while continuing to apply our toughest sanctions.  We will refrain from imposing new sanctions, and we will allow the Iranian government access to a portion of the revenue that they have been denied through sanctions.  But the broader architecture of sanctions will remain in place and we will continue to enforce them vigorously.  And if Iran does not fully meet its commitments during this six month phase, we will turn off the relief, and ratchet up the pressure.

Over the next six months, we will work to negotiate a comprehensive solution. We approach these negotiations with a basic understanding: Iran, like any nation, should be able to access peaceful nuclear energy.  But because of its record of violating its obligations, Iran must accept strict limitations on its nuclear program that make it impossible to develop a nuclear weapon.

In these negotiations, nothing will be agreed to until everything is agreed to. The burden is on Iran to prove to the world that its nuclear program will be for exclusively peaceful purposes. If Iran seizes this opportunity, the Iranian people will benefit from rejoining the international community, and we can begin to chip away at the mistrust between our two nations. This would provide Iran with a dignified path to forge a new beginning with the wider world based on mutual respect. But if Iran refuses, it will face growing pressure and isolation.

Over the last few years, Congress has been a key partner in imposing sanctions on the Iranian government, and that bipartisan effort made possible the progress that was achieved today.  Going forward, we will continue to work closely with Congress.  However, now is not the time to move forward on new sanctions – doing so would derail this promising first step, alienate us from our allies, and risk unraveling the coalition that enabled our sanctions to be enforced in the first place.

As we go forward, the resolve of the United States will remain firm, as will our commitment to our friends and allies – particularly Israel and our Gulf partners, who have good reason to be skeptical about Iran’s intentions.

Ultimately, only diplomacy can bring about a durable solution to the challenge posed by Iran’s nuclear program.  As President and Commander in Chief, I will do what is necessary to prevent Iran from obtaining a nuclear weapon. However, I have a profound responsibility to try to resolve our differences peacefully, rather than rush towards conflict. Today, we have a real opportunity to achieve a comprehensive, peaceful settlement, and I believe we must test it.

The first step that we have taken today marks the most significant and tangible progress that we have made with Iran since I took office. Now, we must use the months ahead to pursue a lasting and comprehensive settlement that would resolve an issue that has threatened our security – and the security of our allies – for decades.  It won’t be easy.  Huge challenges remain ahead.  But through strong and principled diplomacy, the United States of America will do our part on behalf of a world of greater peace, security, and cooperation among nations.