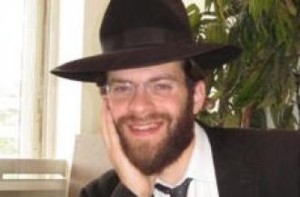 The following is meant as a convenient review of Halachos pertaining to Chanuka. The Piskei Din for the most part are based purely on the Sugyos, Shulchan Aruch and Ramah, Nosei Keilim, and the Mishna Berura, unless stated otherwise. They are based on my understanding of the aforementioned texts through the teachings of my Rebeim. As individual circumstances are often important in determining the psak in specific cases, and as there may be different approaches to some of the issues, one should always check with one’s Rov first.

i.      This doesn’t mean if the candles stay lit for 5 hours they cannot work for five hours. Rather, it means that women should refrain from work only until a half hour after nightfall (Tzais), (or a half hour from when the Chanuka lights were lit, if this was later than Tzais).

ii.      This ‘not working’ does not include cooking for dinner that night or other things needed for then.

i.      This minhag should definitely not be kept at the expense of Talmud Torah.

i.      As there is a Mitzva to praise Hashem on Chanuka, if we utilize the Seuda (i.e. ‘Chanuka party’) for this purpose we are in essence turning the Seuda into a part of a great Mitzva.

i.      By eating dairy products we are also fulfilling the Mitzva of praising Hashem on Chanuka as dairy foods help commemorate the miracles.

i.      Such foods are likewise being used as a tool to commemorate the miracles of Chanuka thus integrating them into the Mitzva of praising Hashem.

i.      Although he should collect money to light he should not collect to light more than a candle a night. (See Halachos that follow).

i.      Wives do not light (unless the husband isn’t going to be lighting at home).

ii.      In Eretz-Yisroel, where Chanuka lights are kindled outside, unmarried girls don’t light (contemporary Poskim based on Chasam Sofer).

iii.      In places where Chanuka lights are kindled indoors many are noheg that girls light as well. From a purely Halachik perspective this would seem preferable as not only were women/girls involved in the miracle but were an integral and key part of it (nonetheless on shouldn’t change from Mesorah).

i.      The clearer the differentiation the better.

i.      Since the Mehadrin Min Hamehadrin cannot be fulfilled, even Sephardim revert to Mehadrin (i.e. each household member should light one light).

i.      Thus there are those who are mehader even more to try to use the most similar olive oil to that which was used in the Beis-Hamikdash – שמן זית זך כתית למאור, and therefore use virgin olive oil. More particularly, if possible with a low acidity level (Rav Eliyashiv Zatzal).

i.      If someone does light in such a utensil it should not be reused as the second time the utensil in question is already unappealing.

ii.      Wicks can be reused as many times as they will still light and burn well.

i.      When someone has a porch/balcony that is overlooking Reshus Harabim and it is not more than 20 cubits high (between 33 and 39 feet) then according to the Chazon Ish one can light at the door to this porch/balcony.

ii.      According to the Chazon Ish ruling that one should light at the Pesach Habayis, it would then seem that one can light at the door of his apartment that opens to the communal hallway/stairwell.

i.      Many Chasidim are Noheg to still light inside their house at a doorway (generally to the dining room).

ii.      In Chutz LaAretz, if someone would like to light outside – it is meshubach

Regardless of where one ends up lighting, one must make sure that the lights can theoretically be viewed by someone else, and that the lights appear to belong to the person lighting.

i.      There are those that are Mehader to put up a doorway and put up a Mezuza at the Pesach Habayis/Chatzer in order to have the ideal situation.

i.      There are differing Minhagim as to exactly how to set up, and in what order to light the Menorah. If one has a different Minhag (if one is for instance Noheg like the GR”A etc.) one should continue to adhere to that minhag. If not, the above represents the traditional way of lighting.

i.      Many of the recent Poskim (Rav Moshe, R’ Aharon Kotler, and The Chazon Ish) consequently had calculations of intermediate times to light so as to be Yotzei all the opinions.

i.      Nowadays, since there is usually traffic outside until considerably later, there are those Poskim who are maikel to light later (see Aruch Hashulcan).

ii.      If one is lighting inside one can light as long as there is still someone around to view the Chanuka lights (and as long as it is still night).

iii.      There must be sufficient fuel for a half hour (Chazal established the minimum amount of oil necessary based on the time frame in which people would be around to notice the lights. This is however a separate Halacha from that mentioned in 11 and 11a).

i.      The Brisker Rov was makpid to place enough oil to burn to the wee hours of the morning as there are still passerbies even then.

i.      If it was lit in such a way that it wasn’t likely to last a full half hour (i.e. in a windy location), it must then be relit, and relit with a Bracha (if there was an interruption –  hefsek  –  between when the Bracho was made and when it was relit).

ii.      There are those that are Mehader to relight the lights within this half hour even when strictly speaking they are not obligated to.

i.       According to the GR”A there need only be enough oil to last a half hour after Shkia (sunset).

ii.      In America the candles should have enough fuel to last about 95 minutes or so (unless someone wants to be makpid on Rabeinu Tam and then they would need sufficient oil for 120 minutes).  According to the GR”A there should be enough oil for about 50 minutes.

iii.      In Yerushalayim one needs enough fuel for the lights to last about 105 minutes (according to the GR”A 70 minutes).

i.      If a woman forgot and lit Shabbos candles first, she cannot then light Chanuka candles afterwards (just as she cannot do any Melacha). If she had in mind for some reason or another to do melacha after she lit (and not to be Mekabel Shabbos) then she may also light afterwards Ner Chanuka.

i.      According to the GR”A no matter what Ner Chanuka should be first.

ii.       If someone doesn’t have a minhag they should make Havdala first.