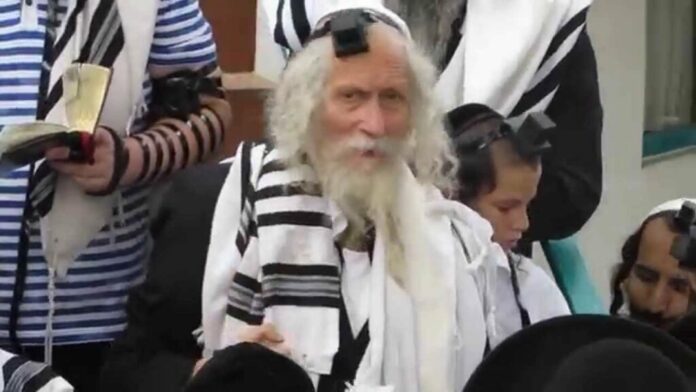 The Rav of Tzfas, HaRav Shmuel Eliyahu, addressed the news reports on Sunday about Binyamin Ze’evi, the son of former MK Rechavem Ze’evi, who was identified as one of the suspects in the murder of Nissim Shitrit 35 years ago.

Rav Eliyahu lamented the fact that after serving in an elite army unit, Ze’evi drew closer to Yiddishkeit but instead of drawing close to the “Torah that brings life to the world, he was captivated by a ‘Torah’ that brought him to murder and death. Instead of ‘its ways are ways of pleasantness and its paths are peace,’ he was led to murder for reasons of ‘kedusha and yiras Shamayim.’ What a chillul Hashem. What heartache.”

“Our chachamim in the Gemara recognized the koach of false Torah, saying: ‘Why does it say about the Aron HaBris in the Kodesh HaKedoshim: ‘Cover it within and without’? Rabba said: ‘A talmid chacham whose inside is not the same as his outside is not a talmid chacham.’ Abaye says that we need to despise a talmid chacham like that.”

“Rebbe Shmuel bar Nachmani says: ‘Oiy to talmidei chachamim like these because they themselves will suffer at the end.’ Rebbe Yehoshua ben Levi says that a Torah like this can lead to death.”

“What is the meaning of the words: ‘And this is the Torah that Moshe put (sam)? ‘The Torah is a sam (medicine) for life for one who is zocheh. For someone who is not zohech, it is a sam (drug) for death (Yoma 72:2).’ And this what happened to Berland and his followers.”

“In order to market this false Torah, the fake tzaddikim dress up in lofty tzidkus,” Rav Eliyahu continued. “Their peyos are the longest, their tefillos are with the most deveikus. Their kedushah is the loftiest. They tell everyone that their Torah is the truest. It’s all sheker, it’s to cover up the fact that inside they have no emunah, no yiras Shamayim and no Derech Eretz.”