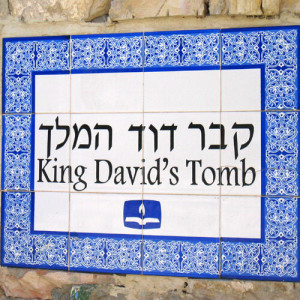 Yerushalayim askan Rav Chaim Miller, who heads the Movement for Jerusalem & its Residents, is concerned that during Prime Minister Binyamin Netanyahu’s recent visit to the Vatican he promised to give control of Kever David HaMelech to the Church.

The Catholic Church has made claims to portions of the site. Miller has been in contact with cabinet ministers and members of the Knesset’s Jerusalem Lobby to ask them to demand the prime minister reveal the content of his talks with the pope vis-à-vis the holy site. Miller reports learning behind-the-scenes talks have been talking place to arrange for the pope to receive control over portions of Har Tzion when he visits Israel, and these portions will include the tziyun.

Back in 2009, then Minister of the Interior Eli Yishai spoke out against honoring land claims by the Vatican, explaining while the legal status of some of the places in question may be complicated, these areas belong to the Jewish People.

Echoing Yishai’s words was Rehovot Chief Rabbi Simcha HaKohen Kook Shlita, who rejected any thought of handing over Har Tzion to the Vatican.

Miller is quite concerned, apparently basing these concerns on reliable information pointing to a secret deal between the prime minister and the Vatican that involves areas of Har Tzion including the tziyun.