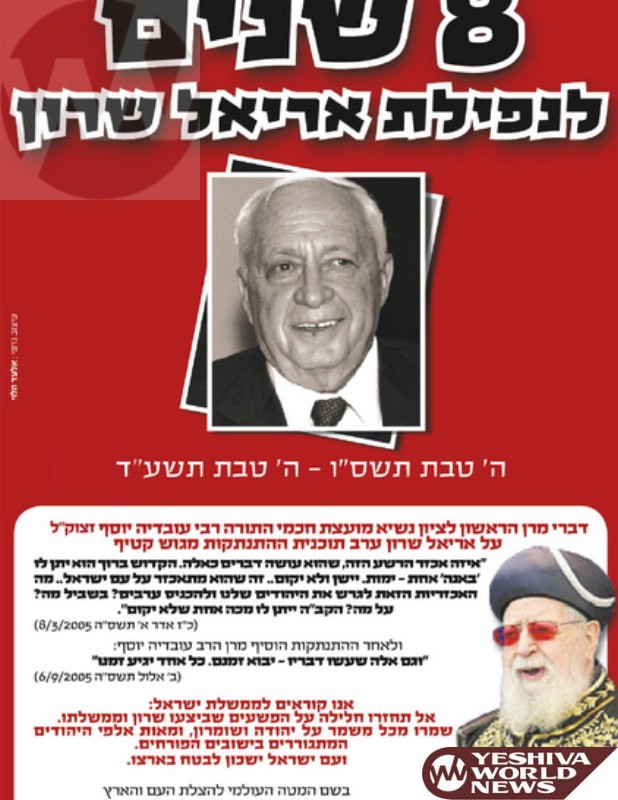 5 Teves 5774 marks eight years since Prime Minister Ariel Sharon was stricken with a stroke that has left him comatose. It was Sharon who decided on the so-called Disengagement Plan, the expulsion of Jews from Gaza and a number of northern Shomron communities. Sharon refused to heed the words of opponents of the plan, including Maran HaGaon HaRav Ovadia Yosef ZT”L.

See the attached poster for the late Gadol Hador’s words regarding the former prime minister’s decision to oust residents from their homes, exhume bodies from the Gush Katif Beis HaChaim and shut the doors of yeshivos, shuls and batei medrash.