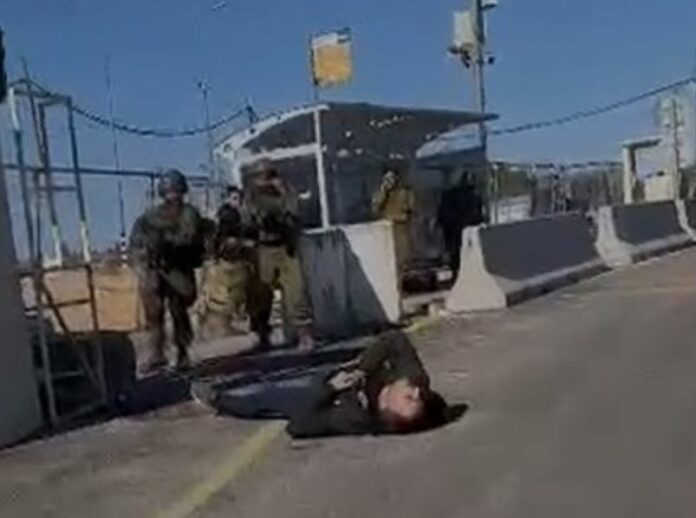 A terrorist carried out an attempted stabbing attack at the Gush Etzion Junction on Monday afternoon.

The terrorist, armed with a knife, approached a bus stop full of IDF soldiers and attempted to stab one. The soldier opened fire and neutralized him. B’Chasdei Hashem, no Israelis were injured.

“A terrorist got out of a vehicle armed with a knife and attempted to stab an IDF soldier,” the IDF stated. “The soldier shot toward the terrorist, who was neutralized. No IDF forces were injured.”

Below, the terrorist can be seen lying on the ground after being shot, still clutching the knife.

Following the attack, IDF forces are pursuing the vehicle in which the terrorist arrived at the junction.