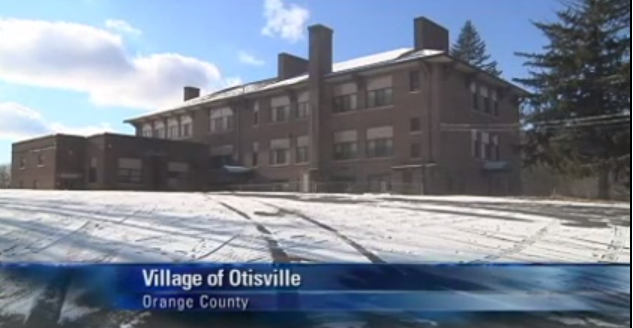 [VIDEO IN EXTENDED ARTICLE] For six years the Old Otisville Elementary School has sat vacant while the Town has tried repeatedly to bring in a number of organizations; including an assisted living community to buy and develop the property.

“The Town Board’s goal has always been to get that on the tax rolls,” said William Novak, Jr. R-Town of Mount Hope Supervisor.

But late last month, the Board approved an orthodox Jewish Congregation’s offer of $325,000 to buy the school.

“It kind of back us into the corner because the people said what about our offer we’ve been trying to buy this, is there a problem, so we kind of had to except their offer,” said Novak.

Now, many in the community are not happy with the town board’s decision.

“We began a petition to try and stop the sale of the school because it’s not going in the direction that we were told when it was sold the first time,” said Robert Ketcham, Petition Organizer.

Ketcham is collecting signatures hoping to bring the matter to residents for a vote.

Ketcham has until December 25 to file the voter petition for referendum, in order to let voters decide if the school should be sold or remain in town hands.